Home » News » How Tariffs Will Affect Hispanic Grocery Stores in 2019 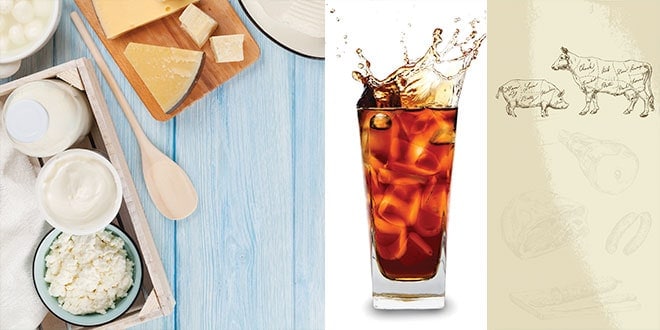 The trade war, to date, has been somewhat hypothetical, existing mainly in the minds of consumers as it has yet to hit our wallets tangibly. However, this may be changing in 2019 as the latest slate of tariffs is likely to affect items in grocery stores across the country. Hispanic grocery stores, however, have enjoyed a steady rise in business during 2018. So, will the impending tariffs stunt this growth? Let’s take a more in-depth look to find out.

While dairy products are a staple at mass grocers, they are particularly crucial to Hispanic grocers as Hispanic households have been slowing the decline of the dairy industry for the past decade.

México buys almost a quarter of all dairy products exported by the U.S., and the American dairy industry is shaking from $387 million in Mexican tariffs that affect between 15 and 25 percent of cheese exports.

That is good news for American consumers as that could mean a price drop of up to 5 percent initially for cheese and then as much as 10 percent, according to Burt Flickinger III, managing director of the Strategic Resource Group, a New York-based retail and consumer goods consulting firm.

John Umhoefer, WCMA executive director, stated “Lost cheese sales in Mexico and other key markets can lower overall cheese prices in the U.S. and reduce the price farms receive for their fresh milk. Farms in Wisconsin and around the U.S. need free-flowing trade and export growth, not collapse if they’re going to climb out of a three-year slump in farm-level milk prices.”

Staples of the Latino diet, pork and beef, have been targeted by both China and Canada. China is targeting the U.S. pork industry especially strong, announcing a 25% tariff in April and an additional 25% in July.

“Pork is very important for the Chinese, but they don’t import that much, and the U.S. share is only about 15% most years,” explains Michael Reed, professor of agricultural economics at the University of Kentucky.

Though China has plenty of options to continue fueling its appetite for pork, American pig farmers are seeing their profits erode. China is a significant market for pork offal, and since the tariffs were announced, U.S. pork producers are being compelled to sell parts like stomachs, feet, and hearts to pet food suppliers for a steep discount.

Related Article: What Does the Future Hold for Hispanic Grocery Stores?

However, it’s not all bad news for U.S. consumers. Steep tariffs mean more of the U.S. pork supply is likely to be sold domestically rather than exported, and more supply means lower prices — so U.S. Hispanics could be paying less for pork, at least in the short-term.

Tariffs on U.S. beef recently hit 10% in Canada and 37% in China, which means there’s a lot of unsold meat sitting in American warehouses right now (more than 2.5 billion pounds, according to the Wall Street Journal).

“It takes about three years for our cows to come to market,” Kent Bacus, director of international trade at the National Cattlemen’s Beef Association, recently told CNBC. “So we were basing our production off of the market signals at the time. So, we have a lot of product that’s going to come online…There’s a lot of demand for it, but trade policies are kind of getting in the way right now.”

With so much meat to purge, U.S. Hispanic consumers could see lower prices at the grocery store, temporarily. Flickinger predicts that prices will fall about five percent initially, and max out at 12%.

While soda sales have been declining for the past several years, there has been a bright spot of consumption among U.S. Hispanics. However, this is one area that may be walloped by the tariffs.

On July 25, Coca-Cola’s CEO James Quincey said the company would increase soda prices this year in response to the rising cost of the aluminum it uses for its cans, The Economist reported. Quincey cited the president’s tariffs as “one of many factors” contributing to the decision.

The increase in prices will likely expand to other soda companies, potentially putting a hinder to the growth soda has been experiencing among U.S. Hispanic consumers.

So, what is the final verdict for how tariffs will affect Hispanic grocery stores in 2019? For the most part, consumers will win with lowering of prices on staples of the Latino diet such as dairy, pork, and beef.

Soda will likely experience a decline in sales given the increased cost of aluminum. Ultimately the ones hit hardest by the tariffs will be America’s farmers. The tariffs will negatively affect the thousands of Latinos that work in agriculturally related occupations.