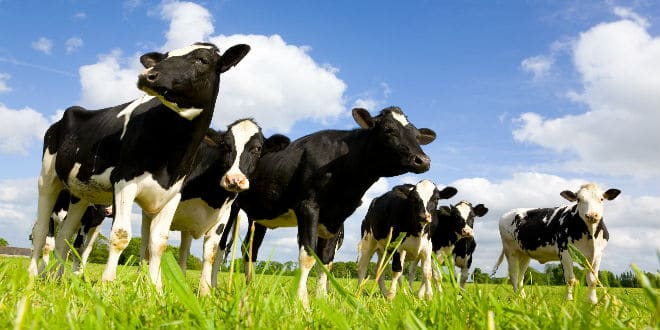 The U.S. and Mexico came to an agreement on a trade deal on Monday that could replace NAFTA. The new deal, called The United States Mexico Trade Agreement, removes the NAFTA name and has received applause from companies such as the American Dairy Coalition (ADC), a national lobbying organization of modern dairy farmers.

The American Dairy Coalition and 30, 000 dairy producers across the nation they represent applauded President Donald Trump, U.S. Secretary of Agriculture Sonny Perdue and Ambassador Lighthizer, the U.S. Trade Representative, for their efforts to reach a trade agreement between Mexico and the United States.

According to data distributed by U.S. Dairy Export Council, Mexico is the No. 1 U.S. cheese export market and the volume and value of these exports to Mexico has nearly tripled in the last decade. Trade relations with Mexico are important to the future growth and sustainability of the U.S. dairy industry.

According to a statement from the office of Secretary Perdue, the new agreement will “reduce trade distorting policies, increase transparency and ensure non-discriminatory treatment in grading of agricultural products.”

U.S. and Mexico Reach New Deal that Could Replace NAFTA

Trump said the new agreement would help farmers and manufacturers. “We’ve made it better” for both countries, according to CNBC.

“This is nothing short of a great victory for farmers and ranchers, because locking in our access to Mexican markets is critical to supporting farm income and strengthening rural communities. Mexico has historically been a great customer and partner and we are happy to have this resolved for our agricultural producers,” Perdue wrote in a statement today.

According to an American Dairy Coalition press release, the coalition looks forward to reaching an agreement with Canada in the near future and achieving an updated and fair North American Free Trade Agreement that will provide the nation’s dairy farmers the confidence and access to pivotal markets to grow their businesses.