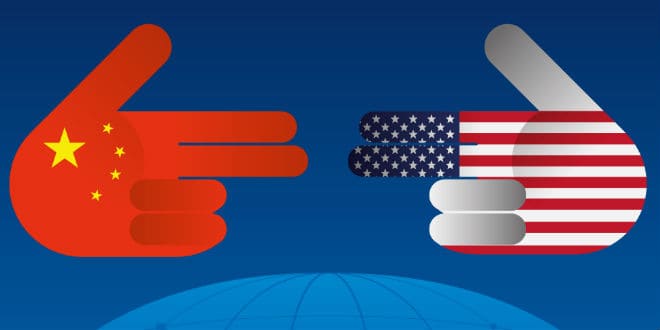 U.S. tariffs on $34 billion in Chinese goods went into effect this Friday, initiating a large-scale trade dispute between the two world powers. Beijing called it the “biggest trade war in economic history.”

Tariffs of 25%, ordered by the White House, came into effect early Friday and affected products such as water boilers, components of X-ray machines, aircraft tires and other industrial parts, CNBC reported.

President Trump has threatened additional 10 percent tariffs on another $200 billion in Chinese goods if Beijing proceeds with its own retaliatory tariffs.

The National Retail Federation (NRF) warned consumers that U.S. tariffs in Chinese goods will drive up prices for a broad range of products, destroy jobs and hit the public directly in the pocketbook.

“With tariffs against China taking effect, American consumers are one step closer to feeling the full effects of a trade war. These tariffs will do nothing to protect U.S. jobs, but they will undermine the benefits of tax reform and drive up prices for a wide range of products as diverse as tool sets, batteries, remote controls, flash drives and thermostats. And students could pay more for the mini-refrigerator they need in their dorm room as they head back to college this fall,” said Matthew Shay, NRF President and CEO.

Shay urge the administration to abandon its plans for tariffs on another $200 billion in Chinese imports, “which would destroy thousands of American jobs and raise prices on virtually everything sold in our stores.”

End of NAFTA Would Cost Retailers $16B, Latino Businesses Affected The Most

The National Retail Federation is the world’s largest retail trade association, based in Washington, D.C.

The trade war will impact states that rely on agriculture and manufacturing. American soybean farmers send about 60 percent of their crop to China.

Trump has also triggered a trade fight with Canada, Mexico and the European Union over steel and aluminum. The White House is also pressuring Canada and Mexico to rewrite the North American Free Trade Agreement and shift more auto production to the U.S.

American farmers and dairy organizations urged the administration to reconsider its imposition of new tariffs on Mexico because in retaliation this country will impose next month new tariffs on American-made cheeses, among other products.