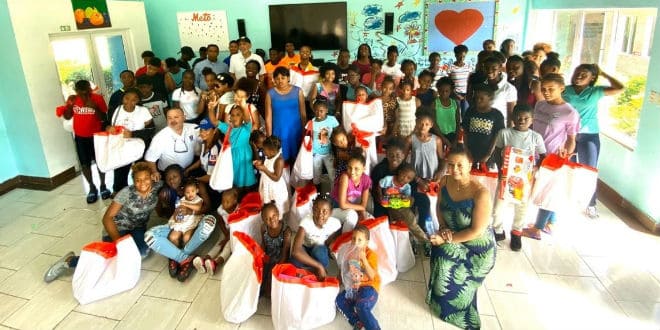 As part of the company’s Goya Gives initiative, Goya has supported the orphanage since its inception in 2012. Each year, Goya donates food and financial support and has developed a mentorship program, where Goya employees mentor many of the children at the orphanage all the way through their educational years.

The NSA has committed to providing additional support, donations, and continued guidance to those children who need it the most.

“We have been members of the NSA since the very beginning and proud to further our collaboration with an organization that cares about the welfare and health of their communities. Our mission to support those in need are aligned and we couldn’t think of a better way to partner to provide the children with even more love, support and gifts during the holiday season and year-round,” said Bob Unanue, President of Goya.

Goya has been a member of the NSA for 30 years and has collaborated with the NSA to further support the communities both organizations serve throughout the United States and abroad.

“The NSA strives to work on projects that give back to the communities we come from and serve, so we are very proud to partner with Goya to bring joy and mentorship to these kids,” said William Rodriguez, President of the NSA.

Founded in 1989 by Hispanic entrepreneurs, the NSA is a trade association that represents the interest of independent supermarket owners in New York and other urban cities throughout the East Coast, Mid-Atlantic region, and Florida.

Current membership represents approximately 400 supermarkets. Most members are of Hispanic descent, and their stores are predominantly located in minority neighborhoods.