Home » News » The NSA Swears in Its New Board of Directors 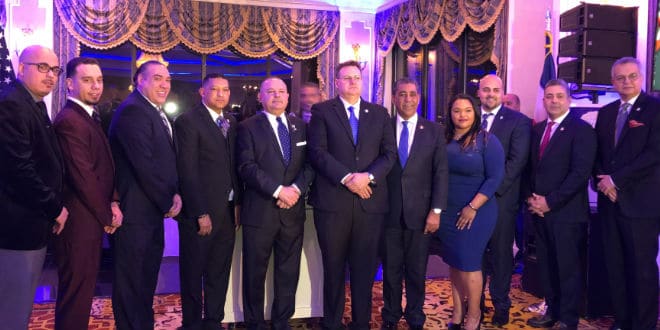 With a commitment to work together to address the major financial challenges faced by independent Hispanic supermarkets in the New York area, the new board of directors of the National Supermarkets Association (NSA) held its swearing-in ceremony this Thursday, January 24. The U.S. congressman Adriano Espaillat was the guest of honor to perform the NSA Swear-in of the newly elected Board of Directors.

Congressman Espaillat praised the great work that Hispanic supermarkets have done in New York, highlighting the 30th anniversary of the association and the service they have rendered to the community in neighborhoods that have lived through difficult times.

“In very tough neighborhoods, when the city was doing very bad and when the chain stores left the city and went out to the suburbs, these guys here and this women here stuck it out for the city of New York,” said Espaillat and stressed that now that is again “sexy” to live in New York City, they should extend them the courtesies and the help that only a city like New York could give to the NSA members.

Founded in 1989 by a group of Hispanic entrepreneurs, the NSA is a trade association that represents the interests of independent supermarket owners in New York and urban cities throughout the East Coast, Mid-Atlantic Region and the state of Florida.

In an interview with Abasto, the new NSA president, William Rodríguez, who held this position on two previous occasions, said that the biggest challenge that members of the association have today is to figure out how they will survive the changes that began on 2019.

“The cost of living and the cost of operating for us is changing drastically,” Rodriguez said, referring to the new minimum wage of $15 an hour that businesses in New York now have to pay. It adds to the rising costs of rent for the buildings where many of the Hispanic supermarkets operate.

The new NSA president frankly acknowledges that this year he does not expect growth for Hispanic supermarkets in the New York area and believes it will be a survival period for many.

On the functioning of the association, Rodriguez, who is of Dominican origin like many of the other members of the board of directors, said that they need to work more to make sure that the members of the NSA know their statutes, what their rights and duties are.

It also hopes to strengthen relations with wholesalers, food manufacturers and partner with DSD companies and will form, for the first time, an advisory board from which they can take advantage of their knowledge in the supermarket industry and recommendations to improve their operations.


Related Article: In the face of new trends, they propose new strategies

“The association will always fight for independent supermarkets, if we do not stay united and we are a block it is difficult to subsist, every day we have to be more united, find other associations that can ally with us in order to survive,” said Rodriguez.

Photo gallery of the swearing-in event of the NSA board

Eusebio highlighted the work that for the past four years Rudy Fuertes did as president of the NSA and his desire to assist the members of the association. “He once told me, Nelson, I do not want to run the NSA like I do with my supermarkets because the supermarkets are mine and the NSA belongs to the members, everything we do here we do as a group and in an open manner.”

Addressing the nearly 300 attendees at the event, Fuertes said that “tonight is not about what we have achieved, it is about the new times we are going to face, the new challenges that come and we could not be in better hands than in those of the new members of the board and I can tell you, now that we are on the verge of celebrating the 30th anniversary of the NSA, our best years are yet to come. “

The executive director of the NSA, José Geraldo stressed that the new board has set new goals to reorganize the association and is confident that they will achieve their goals, in addition to continuing the social work through which each year deliver more than two million dollars in scholarships for students and deliver toys to more than 12,000 low-income children.

For Eligio Peña, one of the founders of the NSA, it is a satisfaction to see the evolution that the association has had over three decades and how new generations are taking over the reins of Hispanic supermarkets. The veteran entrepreneur, founder of the supermarket chain Compare Foods, predicts that in the future the NSA will continue to expand to other states because Hispanic supermarkets better understand the Latino consumer unlike the large American chain stores and that advantage will help them grow. 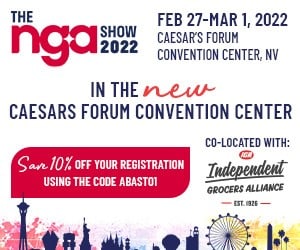