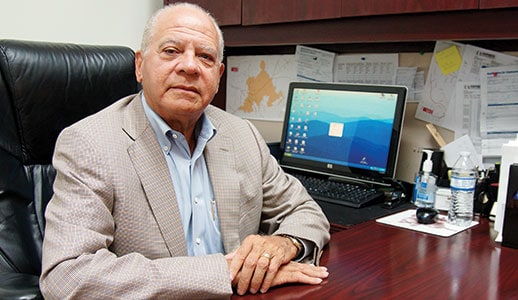 After arriving in the United States from his native Dominican Republic with a small suitcase, Eligio Peña developed one of the most important Hispanic supermarket chains on the East Coast of the United States known as Compare Foods today.

We explore the life and accomplishments of Peña as founder and owner of Compare Foods.

Eligio Peña and the grassroots of Compare Foods

Peña emigrated at age of 15 in April of 1970. He came from San José de las Matas, located in the Santiago province of the Dominican Republic. Fleeing from the political problems of his country, he landed in New York City. Once there, he quickly got a job in a Hispanic store or bodega.

Years later, thanks to Peña’s determination and hard work, he became a partner at a Hispanic grocery. Nonetheless, he knew he had to prepare himself in order to flourish in this difficult business sector.

For that reason, Peña decided to sell his partnership in the store. He bought a taxi in order to work during the day and attend college at night. Once he finished his studies in business administration, he returned to work in the business sector. This time he worked under the brand of Associated Supermarkets.

Eligio Peña, an immigrant from the Dominican Republic who fled the civil war in his country arrived in the United States in 1970 and settled in New York. Watch this brief overview of life.

Peña has achieved his dream of creating a chain that represents family values and Hispanic pride.

“In 1987 I began to think that all the names of the supermarkets were American and that there was nothing for the Hispanics that were rapidly beginning to arrive here. So I decided to choose a bilingual name,” commented Peña. He opened his first Compare Foods in 1987, in Freeport, NY.

A year later, after experiencing great success running his first supermarket, Peña opened a second store of the same size — more than 20,000 square feet — in the city of Brentwood.

As the years passed, Peña’s siblings began arriving in the United States and Peña worked in collaboration with them. Compare Foods continued expanding to other locations in New York. In addition, the chain began to establish itself in other states like New Jersey, Connecticut, and Massachusetts.

Related Article: Why did Compare Foods change its name?

“At that time the big chains did not understand Hispanic immigration. But when we began to expand, we competed with the American chains that did not know how to address the buying needs of Hispanics. We kept our customers while they were closing. We continued growing, buying up [the stores] that were being shut down,” the businessman recalled.

In 2000, Peña and his siblings found that in North Carolina the Hispanic population was growing at an accelerated rate. The first location in this open state was in Zebulon. They arrived in Charlotte in 2003 and established a location (50,000 square feet) in Durham.

92 Supermarkets on the East Coast

Today the Grupo Compare has 92 supermarkets on the East coast. They are operated through the family as well as through franchises.

“We are a large family of 15 siblings, and we are involved in the chain. We each have a group of two or three businesses. We then convert the group into a franchise,” Peña said.

After 25 years of being in business, at age 64 Peña takes great satisfaction in having achieved his dream of creating a chain that represents family values and Hispanic pride.

“Today I feel proud that the idea has worked and that the Grupo Compare offers constant support to the community. For example, we have a foundation where there are 13 students each year that receive help for attending college and we work to be an integral part of the communities where we have a presence,” he said.

“These are the things that give us the greatest satisfaction because it was a dream that I had, a desire to build something Hispanic that Latinos can identify with and I believe that Compare has met this objective.”

Following his dreams, Peña is working at making a presence for Compare Foods on a national level. He hopes that future generations of his family can bring the chain to states where there is a great Hispanic presence and where the name of Compare has still not reached.