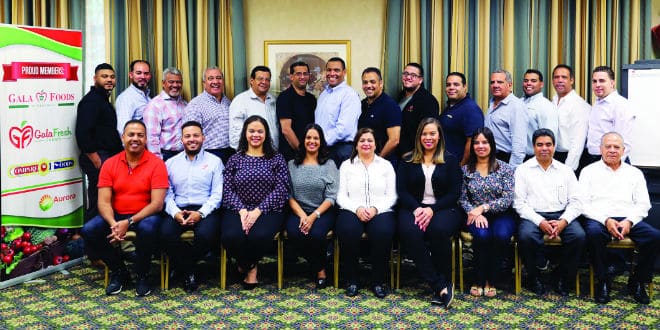 Many know Compare Foods as the quality ethnic foods grocery chain that Hispanic consumers have come to trust and shop at over the years. With the recent brand name change to Gala Foods and Gala Fresh Farms, many are probably wondering, why the name change?

In the mid-’90s, Eligio Peña, who first launched the Compare Foods brand in 1989, sold the name to a company they did business with called Associated Supermarkets.

According to an interview Abasto had with Jenny Jorge, she described how the purchase changed nothing because the company gave them the liberty to run their stores as they pleased. It was a good dynamic for a while until Associated Supermarkets decided to retire and sold Compare Foods to a private equity firm. Then, issues began to arise on how the private equity firm was operating the brand name.

When the family tried to buy back the name, the private equity refused to sell it to them, leading the family to start a holding company where all of the family members were shareholders.

“The decision that Eligio made at the time was the right decision for him. The long-term effects weren’t what we hoped, but at the end of the day, that’s where Gala Fresh and Gala Foods comes from. Our holding company is actually like our parent company, which is Aurora Grocery Group. That’s our newest baby. We’re operating our family under the Aurora name, internally, and then externally we have Gala Foods and Gala Fresh,” Jorge explained.

VP of Compare Foods “In the Heart of the Neighborhood”

The Aurora Group, which consists of 24 stores, is governed by four of the family members, with Jorge being the executive secretary. However, they are still each independent operators at their own supermarkets. Aurora is the general overhead handling of all the family stores together.

Jorge also went on to tell Abasto that all the stores that the family owns in the North are in the conversion process of becoming a Gala Foods or a Gala Fresh.

When asked about the success of the Compare Foods brand name, Jorge replied, “I don’t credit that 100 percent to the name. The name is secondary to your operations… I really believe it’s about how you operate the internals of your store. For example, is a customer finding everything they need inside your store? Are they getting their friendly service? Are they getting the products they need? Are things fresh? Those types of things all affect why the customer is shopping in your store.”