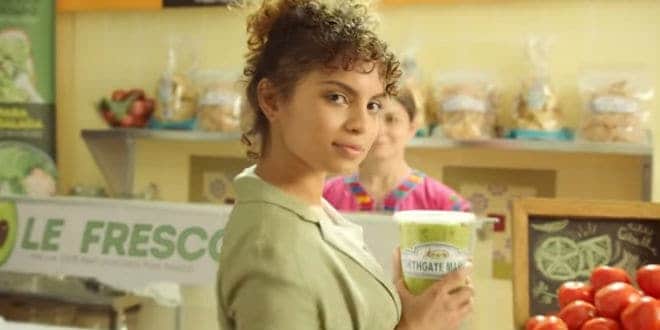 This was the inspiration and cultural insight used to create the “What a Feeling” ad campaign. The spots feature “What a Feeling,” a song from the 1983 major motion picture Flashdance with re-written lyrics to reflect the emotions being felt by the various characters in the commercials.

The playful creative developed by Circus based in Santa Monica has several components from digital video ads, social media, radio and television.

The TV commercial takes the viewer inside a Northgate Gonzalez Market to its popular guacamole station where the avocado dip is made fresh to order and cuts to a group of teens dancing at a concert while enjoying chips and guacamole.

The “What a Feeling” music plays in the background with its new lyrics. The commercial then cuts to the kitchen of a house and a man comes out with a tray of delicious food like chips and salsa, pan dulce, etc. He sings and dances as he walks toward the couch. The couple prep to sit down, binge-watch TV, and not move from their seats all while “What a Feeling” echoes in the background.

Headquartered in Anaheim, Calif., it maintains its cultural heritage by offering its customers the best quality and freshest foods and, personalized service. Northgate Market’s commitment to its communities is furthered by the González Reynoso Family Foundation by providing scholarships and assisting families in need.