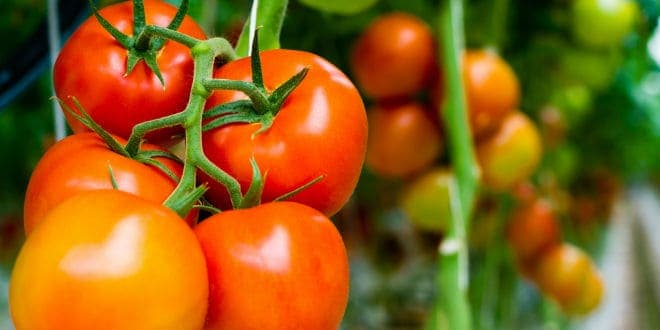 Mexican tomato growers expressed disappointment that the U.S. Department of Commerce decided to terminate the Tomato Suspension Agreement (TSA) and subject importers of Mexican tomatoes to duties that will be passed on to U.S. consumers and disrupt the fresh produce market.

The United States began imposing a 17.5 percent tariff on Mexican tomatoes imports and economists say that could lead to shortages and price increases of up to 85 percent as soon as this winter.

In a press release, the U.S. Department of Commerce announced the termination of the 2013 Suspension Agreement on Fresh Tomatoes from Mexico, but insist that “negotiations will continue regarding a possible revised agreement acceptable to the Mexican signatories which also addresses the concerns of the U.S. industry to the extent permissible by U.S. trade law.”

A consortium of the largest Mexican growers said in a statement:

“The Mexican growers are extremely disappointed with the Commerce Department’s decision to terminate the tomato suspension agreement and subject importers to duties that will be passed on to US consumers and totally disrupt the fresh produce market. That agreement has worked well and there has never been a finding that it has been violated. We are ready to pay cash deposits starting today and to pursue our right to show that Mexican tomatoes imports are not responsible for any problems facing Florida. Those problems have been self-imposed. In the meantime, we will continue to negotiate a new agreement with the Commerce Department that will further strengthen an agreement that already has an unprecedented level of enforcement.”

A study by Dr. Timothy Richards, Morrison Chair of Agribusiness at Arizona State University, anticipates that limiting Mexican tomatoes imports will drive up consumer prices for tomatoes on the vine, vine-ripened tomatoes, romas, and beefsteaks by around 40 percent. And if the Florida winter crop is hit by disease, weather or labor issues, the price for fresh tomatoes could shoot as much as 85 percent higher.

Mexican tomatoes imports account for about 54 percent of the U.S. tomato market.

The Fresh Produce Association of the Americas (FPAA) expressed its disappointment on the decision to terminate the Tomato Suspension Agreement. “The agreement has been an important tool in protecting over 33,000 American jobs and creating stability in the marketplace” said the FPPA in a press release.

The Produce Marketing Association also released its official statement about the Mexican tomatoes, stressing that “the impact of the previous agreement for U.S. consumers has been year-round availability of fresh produce at an affordable price. We understand that there are different perspectives on the success of the suspension agreement on tomatoes among market participants. What everyone should be able to agree upon is the need for transparency and predictability.”