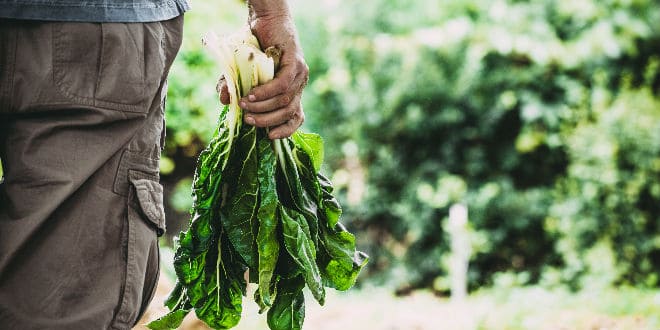 Current law requires petitioners to demonstrate harm as measured from a nationwide and year-round perspective.

This bill would acknowledge the unique circumstances of seasonal fruit and vegetable producers who are directly harmed by Mexico’s practices in various geographic regions during different seasons, including Florida growers during the winter months, according to a press release from congressman Buchanan.

“Our beleaguered growers continue to be harmed by Mexico’s unfair subsidies and illegal seasonal dumping,” Buchanan said. “This legislation will level the playing field for a vital industry to Florida’s economy.”

“We must do all we can to ensure a level playing field for Florida’s fruit and vegetable growers,” Rubio said. “Absent any effective agreement with the Mexican government covering seasonal and perishable produce imports, I’m proud to support this bill to increase opportunities for Florida growers to successfully seek relief from the illegal dumping of Mexican winter produce into our domestic markets.”

Also, the Florida Fruits and Vegetable Association said in a statement that Florida farmers will continue to lose their business if the government fails to provide critical trade relief to combat what the association called “cheap Mexican produce imports flooding the market,” reported The Packer.

“The Florida Fruit & Vegetable Association wholeheartedly supports the Defending Domestic Produce Production Act introduced by Sen. Marco Rubio and Reps. Vern Buchanan and Al Lawson,” the group said in a statement sent to The Packer. “This bill will provide critically needed trade relief for specialty crop producers in Florida and the Southeast.”

Florida is currently the second largest producer of fruits and vegetables in the country, according to the Florida Department of Agriculture. The state agency said the industry supports nearly 100,000 jobs in Florida and has an economic impact of more than $12 billion a year in the state.

Related Articles: Requirements to Import Agricultural Products Into the U.S.

Since 2000, Florida has lost between one and three billion dollars annually due to increased Mexican imports, said Buchanan.

However, Lance Jungmeyer, president of the Fresh Produce Association of the Americas, which represents distributors of Mexican produce, said in a statement sent to The Packer, that the seasonality protection pushed by Florida during the U.S.-Mexico-Canada Agreement negotiations didn’t win enough support for inclusion.

“A majority of US agriculture and international commerce industries opposed changing U.S. trade law to benefit a specific regional and seasonal agriculture sector, which is why it was not included in the USMCA,” Jungmeyer said, according to The Packer. “The reason is simple. If US trade law is manipulated in this way, it invites other nations to put up similar trade barriers, which will inevitably lead to a decrease in US exports of fresh produce and other American agricultural products.”

Jungmeyer said that growers outside of the U.S. southeast have been adapting to meet the demands of a free market that is driven by consumer choice. “With the Rubio bill, U.S. consumers would have to pay more money for winter fruit and vegetables, due to decreased supply,” he said to The Packer.