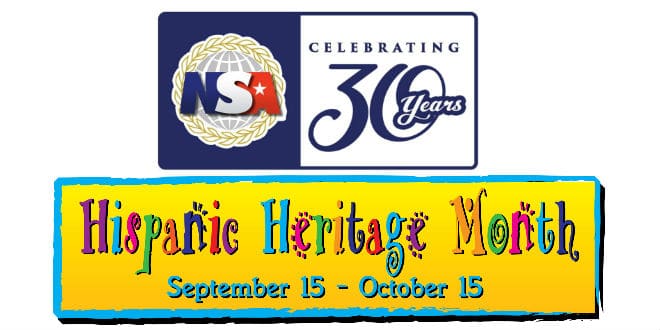 The new executive director of the National Supermarket Association (NSA), Elizabeth Peralta, on behalf of the Hispanic independent supermarket organization joins the celebration of National Hispanic Heritage Month with a message about how NSA members support and they serve the communities, mostly Latinos, where their stores operate.

I want to start off this column by thanking everyone for a wonderful welcome to the National Supermarket Association (NSA). The Board, which is led by its fantastic President, Mr. William Rodriguez, has helped me to better understand the totality of their mission and, most importantly, my mother.

The NSA mission is one that I hold very dear to my heart because it is exactly how my immigrant Dominican mother raised me to look at the world. She always taught me that the most important things in life were to advocate for those who don’t have a platform to defend themselves, to build something that will last; to educate and help your community, and lastly to always give back to that very community to plant seeds of prosperity.

This is so very clearly what the NSA embodies: from its representation of its members through the continuous fight for fair legislation to the creation of our foundation, which has given over $2 million in scholarships in the last 30 years, to our advocacy regarding environmental and health issues that affect the communities we serve.

#NSAStrong is more than a hashtag or a phrase – it is a promise to our members and our communities that we will dedicate our whole hearts to serving them. As the new Executive Director of the NSA, I know that the values that have been instilled in me will guide me well because until the day she died my mother always taught me to have a fighting spirit, and now I am lucky to be welcomed to my new home at the NSA, where the Board will guide with same values my mother instilled in me.

The NSA began in 1989 when a group of Hispanic entrepreneurs decided it was time for independent supermarket owners to have a voice in the communities that they served.

They desired a place where the interest of the independent supermarket owners would be fairly represented in New York and other metropolitan areas throughout the East Coast, Mid-Atlantic region, and Florida and so they established the National Supermarket Association (NSA)  provide outreach services to corporations that wanted to capture the booming Hispanic market by providing counseling on marketing strategies to reach Hispanic retailers and consumers, including market and cultural intelligence.

The Association has grown exponentially in the last two decades, and currently provides its members hands-on representation in both the private and public sectors and advocates issues that impact the entire supermarket industry.

In the last couple of years, the NSA has been at the forefront of legislation fighting for WIC Reform, supporting the environmental efforts, and continuously traveling to Albany to testify for better legislation to protect the true small business owner and not large chains that often can manipulate the law in their favor.

The NSA’s current membership represents over 600 Supermarkets predominantly located in largely marginalized neighborhoods. This is one of the main reasons for the creation of our Foundation.

The NSA offers companies the unique opportunity to re-invest in the Latino community and develop a relationship with the retailers that sell their products.

As we reflect on all the contributions of Hispanics during this National Hispanic Heritage Month celebration, let us not forget those of the National Supermarket Association.

The NSA is not only fighting for your local independent supermarket owner but fighting for the communities that often go unrepresented. In a time where America’s favorite buzzword is “food desert”, why not take a minute to reflect on those individuals who help destroy “deserts” and create prosperity, hope, and excellence; like the National Supermarket Association and its members.