Home » News » GMA to Relaunch as Consumer Brands Association in 2020 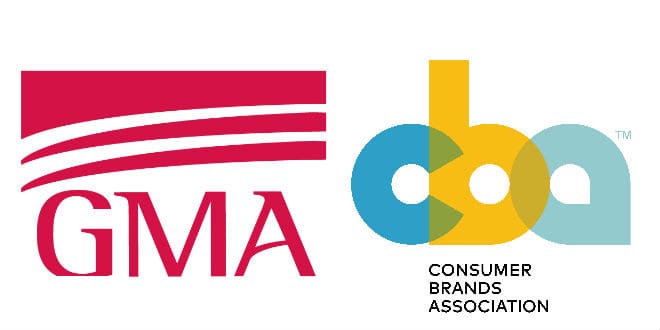 The Grocery Manufacturers Association (GMA) announced it will change its name and become the Consumer Brands Association (CBA), effective January 2020.

According to CNBC, the group is trying to distance itself from past troubles. In the past two years, food companies like Campbell, Kraft Heinz, Nestle, Hershey and Unilever have left the GMA, amid disputes over how to handle the new realities of consumers demanding quality and transparency.

GMA’s new identity is part of a sweeping overhaul of the 110-year old trade organization and reflects today’s era of transparency and consumer-first thinking.

The association has been actively shifting away from its legacy as the tip of the spear for food manufacturers, which are increasingly divided on how to handle major policy issues from sodium reduction to GMO labeling, reported POLITICO.

“As the new Consumer Brands Association, we are making a game-changing shift to unite the totality of the consumer packaged goods (CPG) industry around a focused, proactive agenda that aligns with the values of the brands we represent and the consumers they serve,” said Geoff Freeman, President and CEO of GMA.

“Renaming and rebranding this organization is symbolic of a larger realignment with the CPG industry’s consumer-first priorities and our desire to have a more open and transparent dialogue with policymakers, customers and consumers,” said Jeff Harmening, chairman of the board and CEO of General Mills. “I’m excited about this defining moment and the tremendous opportunities it presents to champion product innovation, choice and affordability.”

The trade organization has already begun to advance its strategic priorities. This summer, it released the industry’s first-ever economic study, which found the CPG industry supports more than 20 million American jobs and contributes $2 trillion to the country’s GDP. The association will continue to operate as the Grocery Manufacturers Association through the end of the year.