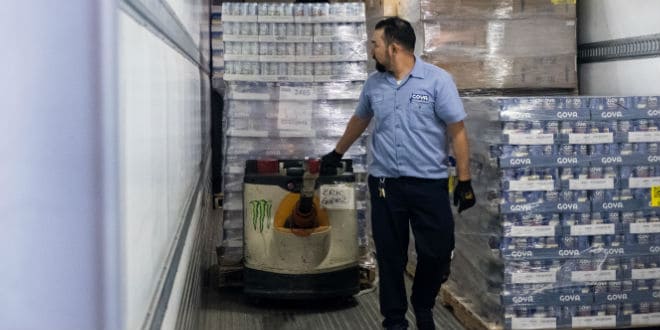 Goya Foods, America’s largest Latino food company, announces its commitment to donate 200 metric tons of food, equivalent to 440,000 pounds of food, to the people of Venezuela.

In collaboration with the United States government, Goya is working to coordinate the delivery of the truckloads of product from Goya’s Houston, Texas facility to Colombia before entering the border of Venezuela.

“We unite with our brothers and sisters in Venezuela to bring nourishing food during a time of desperate need,” said Bob Unanue, President of Goya Foods. “I commend the support of the United States and other countries, private and public entities, and individuals who are also working diligently to ensure that the people of Venezuela receive food, water, and aid.”

The donation of Goya Black Beans (Caraotas Negras), a Venezuelan staple, is part of Goya’s charitable arm, Goya Gives, a global initiative committed to promoting and supporting the overall well-being of communities through social responsibility, environmental initiatives, and company values.

According to the TotalSocial classifications of the Engagement Labs data and analysis firm, in 2018, Goya Foods ranked second among the leading companies of social influence among the largest food brands in the US.

Last year, in terms of donations Goya delivered more than two million pounds of food to the victims of the hurricanes in Puerto Rico, Texas and Florida.

“We also donated more than 1.5 million pounds of food to Feeding America, who run food banks throughout the US and we have programs with Catholic Charities in New York, New Jersey and other parts of the country,” said Rafael Toro, Public Relations Director of Goya Foods.

Founded in 1936, Goya Foods, Inc. is America’s largest Hispanic-owned food company and has established itself as the leader in Latin American food and condiments. Goya manufactures, packages, and distributes over 2,500 high-quality food products from Spain, the Caribbean, Mexico, Central and South America.