Home » News » The NGA Show Concludes Successfully with Over 3,500 Industry Professionals in Attendance 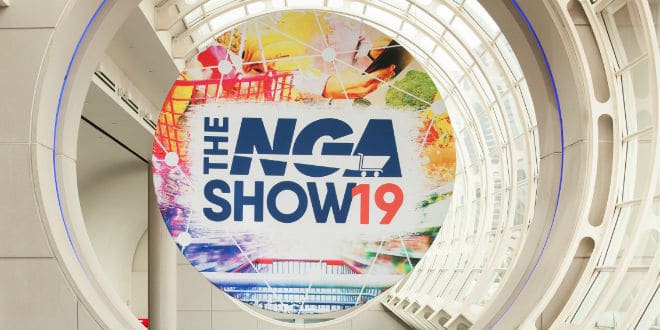 The NGA Show closed earlier this week with 3,500 industry professionals in attendance for the three day event, which was held for the first time in San Diego.

The annual trade show and conference in its 36th year, brought together independent retailers and wholesalers, food retail industry executives, food/CPG manufacturers and service providers from all 50 states to learn, engage, share, network, and innovate.

This was the first time The NGA Show was produced and managed by Clarion UX as part of the Food & Beverage Portfolio in partnership with the National Grocers Association (NGA).

“We started this partnership with Clarion UX a year ago and couldn’t be prouder of all we accomplished together to produce an exciting and thought provoking trade show and conference in the great city of San Diego,” said Peter Larkin, President and CEO of NGA. “We thank our exhibitors, sponsors, speakers, attendees, media partners, supporting organizations and partners who helped to make the 2019 NGA Show a huge success. We’ve already received such positive feedback on the content in the education sessions and the top-level thought leaders from across the industry who shared insightful ideas on how grocers can grow their business and better serve their communities.”

Highlights of the NGA Show:

Several awards were presented including:

The NGA Show has been the place where independent grocers gather for over 30 years, connecting supermarket retailers and wholesalers, food manufacturers and service providers from around the world to share innovative solutions and best practices that support and strengthen the independent supermarket channel.

The National Grocers Association (NGA) is the national trade association representing the retail and wholesale grocers that comprise the independent sector of the food distribution industry. An independent retailer is a privately owned or controlled food retail company operating a variety of formats.

The independent grocery sector is accountable for close to one percent of the nation’s overall economy and is responsible for generating $131 billion in sales, 944,000 jobs, $30 billion in wages, and $27 billion in taxes. NGA members include retail and wholesale grocers, state grocers’ associations, as well as manufacturers and service suppliers.