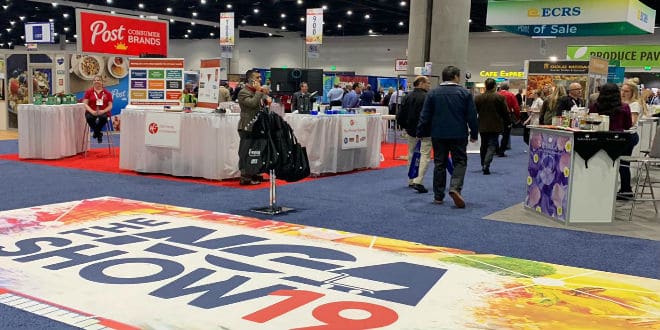 Jan Gee has dedicated over 30 years to being a voice of small businesses, focusing on the independent grocery industry for the last 10 years.

“Through her leadership and tireless efforts, Jan has been a strong advocate for the independent supermarket industry at every step of the way,” said Peter Larkin, president and CEO of NGA. “She has played a key role as a mentor for women in the industry, inspiring and encouraging many to take on leadership positions.”

Rudy Dory has been in the grocery industry for 40 years and is the face of Newport Avenue Market and has seen it grow over the years into the thriving and innovative business that it is today.

“Rudy is a tireless advocate of the independent supermarket industry by supporting a public policy agenda that benefits Main Street grocers throughout the country,” said Greg Ferrara, executive vice president of advocacy, public relations, and member services. “NGA commends Rudy on his achievements and looks forward to working together in the future as we continue come up with innovative ways to advance the interests of our industry.”

Related Article: The NGA Unites Leaders from the Supermarket Industry

Highlights of the 2019 NGA Show

The NGA show floor opened with 400 exhibiting companies on 57,000 net square feet of exhibit space for the first time at the San Diego Convention Center.

The traditional Best Bagger Competition took place during the second day of the NGA Show. Dwayne Campbell from Hy-Vee in Iowa was crowned as the champ.

The competition had 23 finalists who competed in five rounds. The event was sponsored by PepsiCo and emceed by Akbar Gbajabiamila, co-host of NBC’s America Ninja Warrior and author of Everyone Can Be A Ninja.