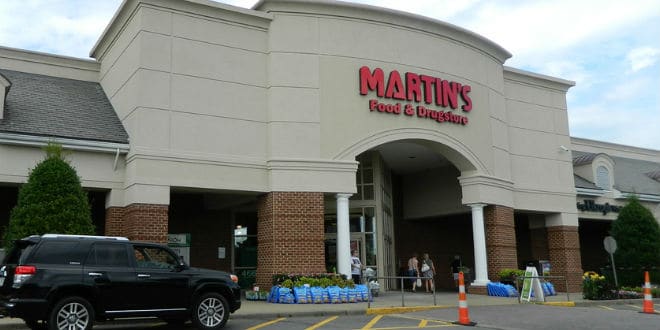 According to a press release, the following stores are part of the sale:

“This acquisition demonstrates our continued commitment to the long‐term growth strategy we announced earlier this year,” said Nicholas Bertram, president, Giant Food Stores. “Our Martin’s associates have proudly served many of these communities for years, and we look forward to expanding the Martin’s brand along the Interstate 81 Corridor and within the Eastern Panhandle of West Virginia.”

The stores will temporarily close on March 27th and reopen as Martin’s Food Markets on April 5th.

Last November, Giant Food Stores announced the acquisition. It follows a series of strategic investments that the company has recently made in its store fleet and family of brands within Pennsylvania, including the introduction of the new Giant Heirloom Market in Philadelphia, the acquisition of Darrenkamp’s Willow Valley Square location and a new e‐commerce hub, both in Lancaster, plus new stores planned for the East Stroudsburg and Walnutport communities.

At the beginning of February, Giant Food Stores also announced plans to expand its strategic growth in the city of Philadelphia with the opening of three more Giant Heirloom Market stores during 2019.

The new Giant Heirloom Market stores will bring a format and assortment specially curated for each of the unique Philadelphia neighborhoods of University City, Northern Liberties and Queen Village, with local vendor partnerships lending authentic and familiar flavors.

While the Giant Heirloom Market stores occupy a smaller footprint than a traditional Giant store, they maximize space and the customer experience.

All three new locations will offer an inspiring selection of high‐ quality, fresh, local, and seasonal foods, everyday essentials, and Giant’s organic brand Nature’s Promise. An onsite Produce Chef will be available to cut fresh vegetables and fruit on demand, while a sampling station will encourage customers to explore new flavors.

The Giant Heirloom Market stores will also feature a curated selection of craft, imported, and domestic beers and wines, as well as a vast array of plant‐based foods, local artisanal breads, fresh‐made sushi, kombucha on tap, and a do‐it‐yourself olive oil and vinegar blending station.

The company, founded in 1923 and based in Carlisle, Pennsylvania, has 171 locations in Pennsylvania, Maryland, Virginia and West Virginia under the Giant Food Stores and Martin’s Food Markets banners. The chain employs more than 30,000 associates.