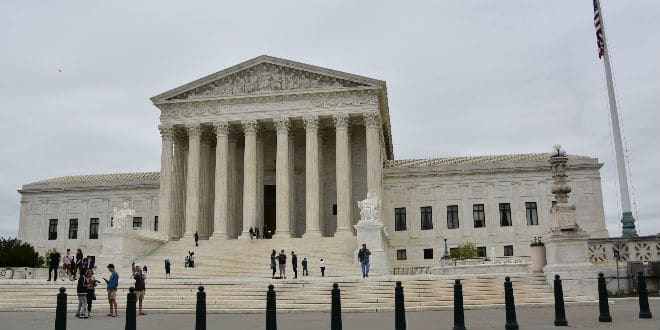 The U.S. Supreme Court remanded and reversed the judgment against Food Marketing Institute (FMI) in its ongoing case, Food Marketing Institute v. Argus Leader. In this litigation, FMI seeks to protect the confidentiality of store-level sales data for retailers who participate in the Supplemental Nutrition Assistance Program, or SNAP, according to a press release.

The Supreme Court’s opinion states, “At least where commercial or financial information is both customarily and actually treated as private by its owner and provided to the government under an assurance of privacy, the information is ‘confidential’ within the meaning of Exemption 4.”

The Court concluded that the store-level SNAP data qualifies as “confidential” under this standard.

FMI President and CEO Leslie Sarasin offered the following comments on the Supreme Court’s decision to remand the case, saying:

“We agree with the U.S. Supreme Court’s ruling that a forty-five-year-old interpretation of what constitutes ‘confidential commercial and financial information’ required reexamination.

“Our industry’s commitment to the shopper remains constant amidst seismic marketplace shifts. The nation’s grocery stores have long kept confidential the amount consumers spend at individual stores whether through payment by cash, credit, debit or the Supplemental Nutrition Assistance Program, or SNAP. This store-level sales data undoubtedly must be considered confidential because its release would provide an unfair advantage to competitors. Legislative history tells us the Freedom of Information Act, or FOIA, was created to shine a light on actions by the government, not on that of private parties, and the Court’s expressed desire to refer our case back to the lower courts demonstrates that our case sets an important precedent well beyond disclosing store-level SNAP sales in grocery.

“We respect the Supreme Court’s decision and we thank our amici partners and our members for their support and counsel throughout this legal journey. We appreciate the opportunity for a clear interpretation of confidentiality regarding private businesses’ commercial data.”

The case involved whether the store-level SNAP redemption data is “confidential” under Exemption 4 of the Freedom of Information Act (FOIA).  Exemption 4 protects from mandatory disclosure private parties’ “commercial or financial information” when that information, which the government happens to have in its possession, is “confidential.”

The opinion reverses a 1974 interpretation of that term, first articulated by the D.C. Circuit, that determined private information would not be deemed “confidential” unless its disclosure would cause “substantial competitive harm.” The Supreme Court rejected that approach. FMI believes that the new standard will protect private financial information today and in the future.

FMI was represented at the Supreme Court by a team from the Austin office of Baker Botts L.L.P., including Gavin R. Villareal, Thomas R. Phillips, Evan Young, Stephanie Cagniart, and Ellen Springer. “We are pleased that the Supreme Court agreed with our argument that Exemption 4 should be read according to its plain text,” said Villareal, lead counsel for FMI.

The National Grocers Association (NGA) also participated in the litigation since the lawsuit was originally filed against USDA in 2011 at the District Court level.

President and CEO Peter Larkin testified as an expert witness at trial, and NGA filed amici briefs at each stage in the appeals process.

“NGA welcomes the Supreme Court’s decision that will protect store-level SNAP sales data from public disclosure. NGA has maintained that a retailer’s SNAP store data should remain private because its release would harm competition in the food retail industry. Knowing that their confidential business information will remain protected by the government, independent supermarkets will continue to be strong partners in the SNAP food delivery system, serving the millions of American families who rely on domestic food assistance,” said Larkin.