Home » News » The Economic Impact of Latinos In The U.S. During Hispanic Heritage Month 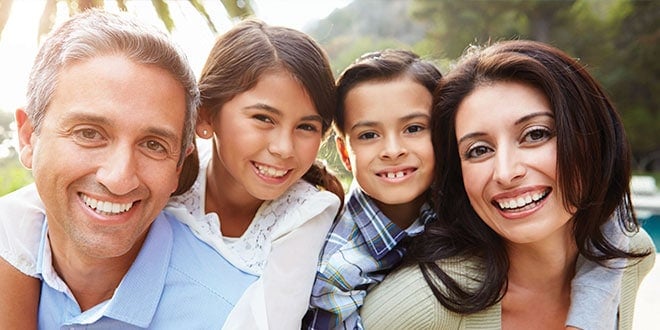 In honor of National Hispanic Heritage Month, ThinkNow looked at how Latinos in the U.S. positively impact the nation’s economy.

With over 55 million Latinos currently living in the United States, comprising over 17% of the population, Hispanic Americans are distinctly the largest minority population in the country.

With the Hispanic-American population projected to grow to 119 million according to the U.S. Census Bureau — over 28% of the total U.S. population — by 2060, Latinos will most certainly continue to contribute to, and substantially impact, the overall growth and productivity of the U.S. economy.

In recent years, more companies and advertisers have invested in initiatives designed to attract Latino consumers specifically, and for a good reason.

Hispanic buying power grew from $495 billion in 2000 to $1.4 trillion in 2016, according to The University of Georgia’s Terry College of Business latest Multicultural Economy Report.

That accounts for nearly 10 percent of total U.S. buying power in 2016. The U.S. Hispanic market is larger than the GDP of Mexico and all but 14 countries in the world.

General Motors, Google, Sprint, and Target are just a few major U.S. companies that have in-house Latino or multicultural focused marketing teams. Moreover, with an estimated 46 million Latinos reportedly accessing the internet in 2018, their significance as an online consumer base is equally substantial for the U.S. economy.

Here is a fun fact to share during Hispanic Heritage Month about Latino food consumption: Did you know that in 1519, the Spanish found out that Emperor Moctezuma enjoyed drinking a beverage prepared with chocolate and sweetened with honey. It later found worldwide acceptance known as ‘milkshakes.’?

Fifteen percent of that amount, roughly $6,772, goes back to the U.S. government in the form of tax returns each year.

In 2016 there were 16.7 million Hispanic family households in the United States, and Latinos are expected to account for 40 percent, or 5 million, of the estimated 12 to 14 million new households within the next decade.

This places the Latino population at the forefront as a growing U.S. taxpayer base.

Research by the Institute of Taxation and Economic Policy, a Washington, DC, think tank, suggests that about half of undocumented workers in the United States file income tax returns.

The most recent IRS data, from 2015, shows that the agency received 4.4 million income tax returns from workers who don’t have Social Security numbers, which includes a large number of undocumented immigrants. That year, they paid $23.6 billion in income taxes.

As of 2016, there are approximately 26.8 million Latinos in the US workforce and in many industries, they are an important part of the workforce.

According to a report from the Department of Labor, among the large sectors, 27.3% of construction workers were of Hispanic or Latino ethnicity in 2014.

Other industries with high concentrations of Hispanics include agriculture, forestry, fishing and hunting (23.1%) and leisure and hospitality (22.3%).

It is expected that the Hispanic participation in the labor force will increase more than that of any other demographic group, due both to the general population growth (from a higher number of births as well as greater immigration) and higher rates of labor participation.

During the 2004-14 decade, the non-institutional Hispanic civilian population grew at an average annual rate of 3.2%.

The creation rate of U.S. Latino-owned firms continues to rise; they currently comprise more than 40% of all minority-owned firms.

According to Stanford Latino Entrepreneurship Initiative (SLEI), between 2007 and 2012, the growth rate of both non-employer and employer Latino firms nearly outpaced the growth rate of white-, Asian-, and black-owned firms combined.

Without the increased numbers of Latino firms created during that period, the total number of firms in the United States would have decreased.

Spanish, A Not-So-Secret Tool to Sell to Hispanics

According to the Biz2Credit Hispanic Small Business Credit Study, Hispanic-owned companies had average annual revenues of $202,327 in 2016, up from $68,540 the previous year.

Hispanic-owned businesses in the U.S. have been growing at a pace 15 times the national rate.

In the last eight-year period (2007-15), Hispanic-owned businesses’ revenues skyrocketed approximately 88 percent to approximately $661 billion. Average net income for Hispanic businesses grew substantially, jumping from an average of $50,205 in 2015 to $132,693 in 2016.

With numbers like these trending dramatically up, the next decade will see even more growth for Latino businesses and the U.S. economy at large.

To celebrate Hispanic Heritage Month, tell us how do you contribute to the U.S. economy?