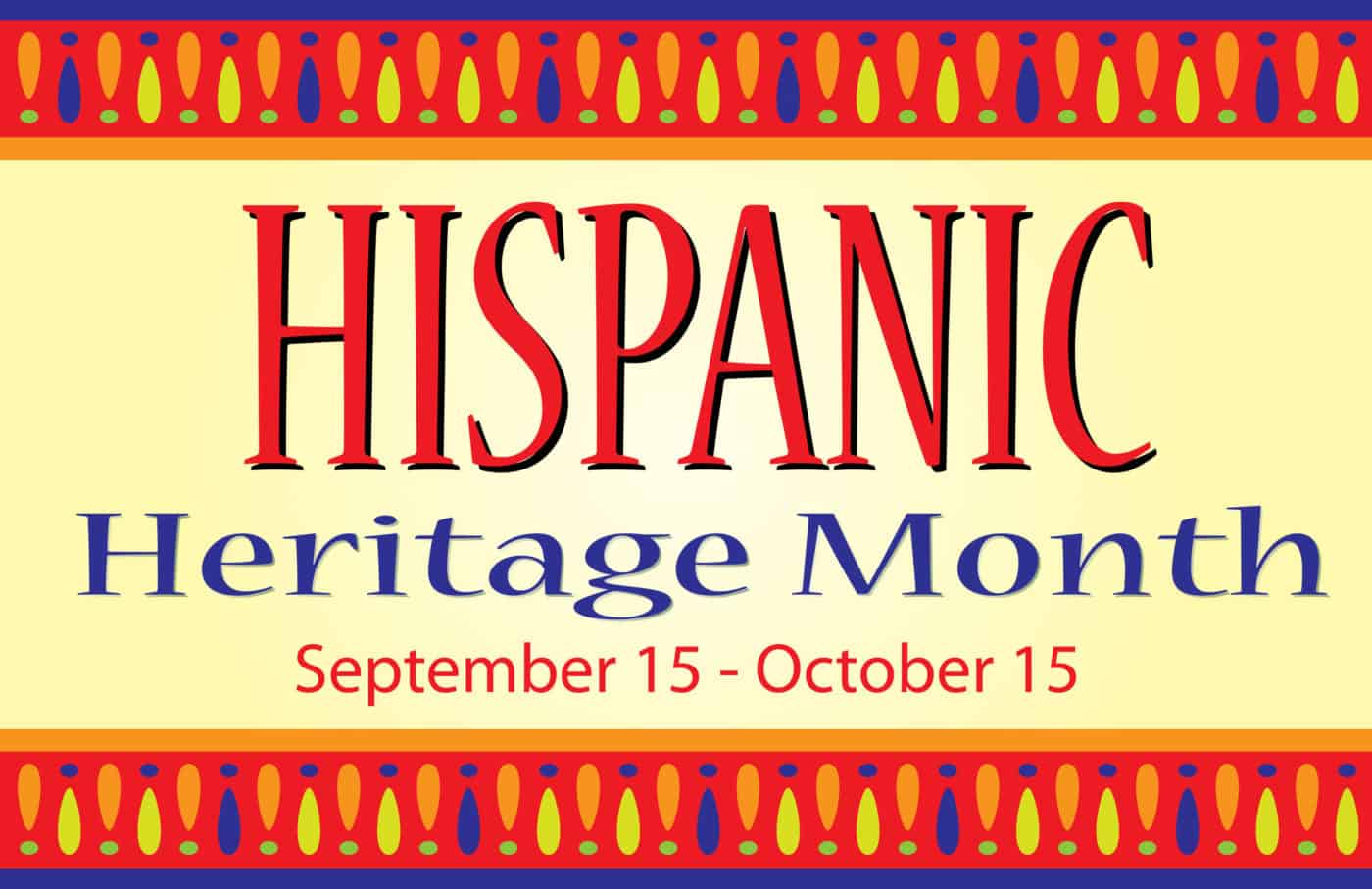 Every year, in the United States, Hispanic Heritage Month recognizes and celebrates the influence that the Latin American and Hispanic people have had on the country. From music and literature to art and food, Hispanic Americans have enriched every corner of the nation.

When is Hispanic Heritage Month?

What is it about?

Throughout this month-long celebration of culture, organizations and museums—such as the Smithsonian Institution, Library of Congress, and the National Park Service—along with numerous schools, churches, and other venues will honor the importance and vibrancy of Latin American and Hispanic culture and people as they have deeply and beneficially influenced the United States.

If you are unable to attend one of the events held around the country, many organizations will host an online learning celebration through virtual exhibits and demonstrations.

Hispanic Heritage Month: How Did It Start?

The proclamation of the National Hispanic Heritage Month was originally observed as “Hispanic Heritage Week” back in 1968 under President Lyndon Johnson, but it was later extended to a month during President Ronald Reagan’s term in 1988.

Finally, on August 17, 1988, President Ronald Reagan reemphasized Ford’s proposal for a more all-inclusive recognition of Hispanic Americans that lengthened the celebration for a 31-day period – from September 15 to October 15.

This month pays tribute to the generations of Hispanic Americans who have positively influenced and enriched our nation and society.

Each year, Across the United States, Americans celebrate the histories, cultures, and contributions of Hispanic and Latino Americans whose ancestors came from Spain, Mexico, the Caribbean and Central, and South America.

During this month, the independence days of several Latin American countries, including Costa Rica, El Salvador, Guatemala, Honduras, and Nicaragua, Mexico, and Chile form part of the celebration.

Should it be National Hispanic Heritage month or months since it starts in September and ends in October? Regardless, that’s the least confusing part about Hispanic Month. Check this video out!

Here are some Hispanic Heritage Month facts you can share with friends and family:

The month to celebrate and honor Hispanic and Latin heritage is approaching fast, which why we want to give you some ideas for celebrating it with your friends and family. Especially if you have young children at home, it’s a great idea to teach them the importance of Hispanic culture.

Play traditional and contemporary Spanish songs and explain the most popular genre listened to among Hispanics. You can take this idea further by teaching about the most widely used music instruments in Spanish music.

Another fun way to learn and experience the Hispanic culture is through exploratory art projects such as making a Mexican folk art painting, drawing the Nazca Lines from Peru, among other activities that inspire creativity and curiosity.

Watching Spanish-speaking videos for educational or entertaining purposes is an excellent way to catch anyone’s attention. Visual immersion is a great way to evoke interest in Hispanic heritage, culture, and traditions. Accompany your movie with a traditional Hispanic snack for the full-on experience.

There are two ways to celebrate this month with food. The first one is by going on a gastronomic tour in your city. Try out the restaurants that bring the best flavors of Hispanic cuisine to the table. The other idea here is to find the best recipes for the most popular Hispanic foods and cook them yourself for you, friends, or family.

Design and manufacture inspiring, immersive country display boards to showcase the culture, geography, and traditions of your country.

Another great way to celebrate Hispanic Heritage is to go on a travel adventure. There are hundreds of magical cities spread out throughout Latin America, Central America, and South America awaiting for you. Visiting a Spanish-speaking country for a few days or weeks is the most authentic way to experience Hispanic culture first-hand.

Show solidarity to your people. Sometimes newly arrived immigrants are subject to abuse, low living conditions, or even minuscule problems such as getting around the city or finding resources to support themselves. If you ever encounter yourself in a situation where you feel a Hispanic person in your community if being taken advantage of, help him or her.

Your ability to understand Spanish will enable you to get to know the culture and gain essential insights which monolinguals cannot. You can start learning Spanish through an app, YouTube, or even by practicing with your Spanish-speaking friends.

Here is a list of some of the most popular and most significant annual events for Hispanic Heritage Month you can attend in the U.S.

Happy celebrating! What fun way are you going to celebrate Hispanic Heritage Month?