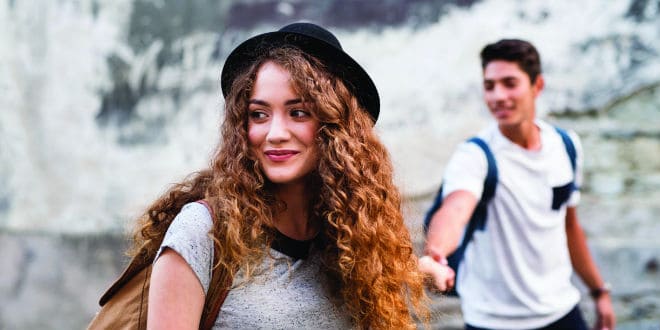 We all know of the rise of Hispanics and the Hispanic buying power in the United States, but it’s Hispanic millennials who are truly driving those numbers. These Hispanic Heritage Month facts will help you dive in what those stats are!

According to a Nielsen report, 71% of all millennials say they appreciate the influence of other cultures on the American way of life, which shapes consumer habits, including language, product purchasing, and media usage.

Although Latino millennials are very open to new experiences and value convenience, they are very true to their roots, with 61% in the nation saying they’ve shopped at a Hispanic supermarket at least once in 2016.

According to a Nielsen report in 2016, in total, 55% of Hispanics are bilingual, while 27% are English-dominant and 19% are Spanish-dominant. However, Spanish is still spoken by English-dominant speakers and shows the importance of dual-language.

For many young Hispanics, there is pride in being Hispanic. Whether you’re first, second or third generation, growing up in America and being faced with two separate cultures, creates a new one altogether.

This is proven by all the funny memes, Buzzfeed videos and tv commercials directed specifically at Hispanic millennials, who are our own culture demographic altogether.

Have these Hispanic Heritage Month Facts surprised you? If not, keep reading…

Little things, like watching Dora the Explorer and having a friend in school who spoke both English and Spanish, were important to me growing up because it made me feel like I wasn’t the only one who floated between two worlds.

For many Hispanic millennials like myself, at home, you’re raised in the culture of the country your parents were born in and then at school and your adult life, you’re raised by your surroundings in the U.S.

Hispanic millennials are extremely diverse, open to new experiences and new cultures because well, we were raised between two cultures. There is an understanding in appreciating the culture you grew up in, the American culture that also raised you and someone’s else’s culture.

You are both Hispanic and American and you feel proud to be both, to have the best of both worlds.

According to a 2016 Nielsen report, over half (58%) of Hispanics under 18 are bilingual. The report shows that despite increasing proficiency in English, messaging in Spanish and in-culture is still very relevant to younger generations. Millennials’ strong ties to their countries or parents’ countries are evident in their social life, buying choices and brand loyalty preferences.

It’s not an exaggeration to say that Latinos have a major influence in the U.S. According to Nielsen, the U.S. Census projects Latinos to account for a full 65% of the nation’s population growth over the next 45 years.

This Hispanic Heritage Month, I think it’s important to note that no matter which language you are most dominant in or what country you’re from, there is pride in being a Hispanic/Latino in the U.S. and our presence in this country should be celebrated.

We are curious! Do you have a Hispanic Millenial at home or are you one yourself? Tell us in the comments if you identify these facts!