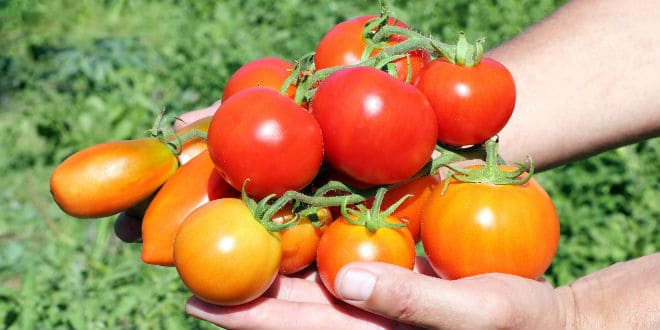 Associations representing nearly 100 percent of Mexican growers submitted a new proposal to the U.S.  Commerce Department in the ongoing negotiation of a Tomatoes Suspension Agreement and also rejected a Commerce Department plan that would put in place a 100 percent border inspection requirement for all trucks transporting Mexican tomatoes into the United States.

In addition, the Mexican growers added new protections to ensure that defective tomatoes rejected by buyers can’t possibly be re-sold below the reference prices.

Specifically, in the event a U.S. buyer rejects the product, as is its right under the Perishable Agricultural Commodities Act, the Mexican industry proposes that the remedy is to return the product to the seller or destroy it under USDA supervision.

“This is a very strong proposal that builds on the unprecedented enforcement measures that we proposed to Commerce in June. Let’s hope we can make progress over the next two weeks so that growers on both sides of the border can go back to what they do best, which is growing tomatoes,” said Oscar Woltman, President of AMHPAC, Mexico’s largest growers’ association.

For the first two months without the tomato suspension agreement with the U.S., both volume and value of U.S. imports of Mexican tomatoes have fallen below year-ago levels, according to The Packer.

U.S. Department of Agriculture trade statistics show that combined U.S. imports of Mexican tomatoes in May and June totaled 274,000 metric tons, down 6% from the same two months in 2018.

Also, the Mexican government expressed grave concern that the Commerce proposal on 100 percent border inspections would lead to demands for a mirror mechanism on U.S. exports going into Mexico. Many other third parties have indicated similar concerns, including the Border Trade Alliance, U.S. truckers’ associations, U.S. warehousing and customs associations and U.S. retailers.

Mexico’s Secretary of Agriculture Victor Villalobos Arambula, in a July 18 letter to Agriculture Secretary Sonny Perdue, warned that the precedent of 100% inspections for Mexican tomatoes could lead to similar measures by Mexico for imports of U.S. meats, grains, oilseeds, dairy and other commodities.

In statement sent to The Packer on Aug. 5, the Florida Tomato Exchange said Mexican tomato growers are urging the Mexican government retaliate against American agricultural products that are exported to Mexico if the Department of Commerce doesn’t eliminate its proposal for border inspections of Mexican tomatoes under a new suspension agreement.

“Mexican tomato growers are free to reject the proposal from the DOC but negotiating by blackmail will not work,” the exchange said in a statement. “If the Mexican growers and the DOC can’t agree on an enforceable agreement, then the antidumping investigation should simply run its full course without yet another suspension agreement.”

The Mexican growers hope their latest proposal elicits a positive reaction from Commerce. While the growers believe a new Suspension Agreement is the best solution for the United States, Mexico and their respective industries, they have said all along that the agreement must be fair. If not, they will fight the issue at the International Trade Commission in hearings that will take place in late September.

Finally, the Mexican growers note that they strongly disagree with the Commerce Department’s recent announcement of dumping margins reaching 25 percent. The Commerce Department used a methodology in which the only way they could find dumping was by penalizing different pricing by Mexico in the summer vs. winter months, when in fact the 2013 Tomatoes Suspension Agreement required just that.