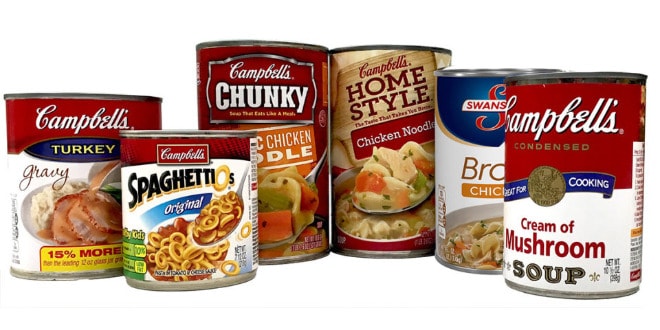 Campbell Soup just might be going up for sale. Shares have been down 20% in the past year and the 149-year-old soup company is facing pressure. Dan Loeb’s investment firm, Third Point LLC, has taken a stake of more than $300 million, around more than 2.5% of Campbell’s shares, according to the Wall Street Journal.

The acquisition of Snyder’s-Lance at the end of last year left Campbell heavily indebted and needing to cut costs, according to the Wall Street Journal. The company’s push into fresh and organic foods has also not succeeded as much as the company hoped.

Loeb is pushing the company to sale and according to the New York Post, has recently hired an investment banker to help convince family members who essentially control Campbell Soup Co. to put the company for sale.

Loeb is trying to convince family members who own 41% of Campbell’s shares to support a plan that would result in hiring a bank to explore a sale for the soup company. According to the New York Post, the family is split on the decision of how to move forward.

In May, the company said it would conduct an operational review of its business, which is expected to end in late August.

Campbell Soup welcomes all investments to the company

According to the Wall Street Journal, Loeb had been talking to Keith McLoughlin, interim CEO and a board member at Campbell Soup, about a strategic review because of poor earnings.

A Campbell Soup spokesperson said the company does not comment on rumors or speculation, but that, “We maintain an open, engaged dialogue with all of our shareholders, and welcome all investments in our company,” in a statement to Bloomberg.

The company also added that it’s undertaking a comprehensive review of the business and will “examine all potential paths forward to maximize shareholder value.”