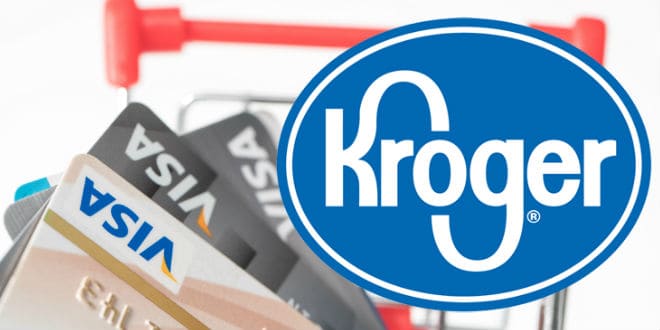 Kroger Co., the largest supermarket chain in the U.S., reported that its grocery store chain, Foods Co. in California, will stop accepting payments with Visa credit cards, in a dispute over the rates they charge for transactions.

Bloomberg reported Kroger is considering expanding the ban on Visa cards to all its stores around the country. Annually, retailers pay $90 billion in fees for transactions made with credit cards.

“It’s pretty clear we need to move down this path, and if we have to expand that beyond Foods Co., we’re prepared to take that step,” Chris Hjelm, spokesman for Kroger, told Bloomberg.

Kroger’s spokesman added when the amount retailers pay in card fees “gets out of alignment, as we believe it is now, we don’t believe we have a choice but to use whatever mechanism possible to get it back in alignment.”

Foods Co. reported that the money saved in their 21 stores and five gas stations will be passed on to their customers in the form of lower prices. Customers value “low prices, fresh produce and services more than payment type,” Foods Co. President Bryan Kaltenbach said in a news release.

The ban on Visa cards will go into effect on August 14 at Foods Co. stores located in Central and Northern California, including San Francisco and Sacramento, according to the company statement. However, customers can still use their Visa debit cards, as well as MasterCard, Discovery and American Express credit cards.

Why is Kroger Leaving North Carolina?

Major retailers have long sought ways to reduce credit card charges, including lobbying lawmakers to lower rates and through technology upgrades to avoid the use of Visa and MasterCard altogether.

Visa expressed disappointment over Kroger’s decision in a statement, saying that, “When consumer choice is limited, nobody wins,” and they hope to continue working with the supermarket chain to find a reasonable solution.