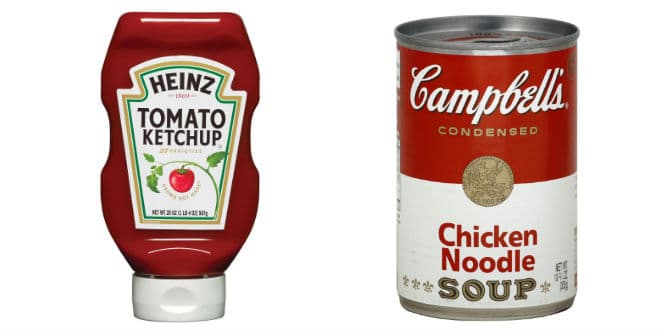 The news that Kraft Heinz, the makers of the renowned ketchup and macaroni & cheese, could soon enter the world of soups if they decide to buy Campbell Soup, caused a positive reaction in the shares of the soup company, which rose Monday 9% on the stock market.

Information on the potential acquisition was initially reported by The New York Post. The suitor, Kraft Heinz, is very interested in buying Campbell and believes that the soup maker’s management will begin a sale process soon, The New York Post reported.

When its executive director, Denise Morrison, suddenly withdrew from the company in May, Campbell Soup said it would conduct a strategic review of its entire portfolio. Acting CEO Keith McLoughlin, during a call to report on the company’s profits, said that “everything is on the table, there are no sacred cows.”

Campbell Soup businesses have not had a good year, due to the collapse of soups sales and because the investment they made of more than $6 billion, buying the snack company Synder’s Lance, has not given them the results they expected.

The company said its forecast for the rest of the year was not as good as expected.

Kraft Heinz spokespersons have not responded to the media about the alleged interest of buying the soup company, although the publication Market Watch reported that analysts from J.P. Morgan had expressed doubts that the sale will take place.

Ken Goldman of J.P. Morgan told Market Watch that Campbell Soup faces numerous internal challenges and being acquired by Kraft Heinz would not solve the growth problems of the ketchup manufacturer, so it would be a surprise if the transaction were to be made, but that in the end, money talks.

In this regard, J.P. Morgan’s analysts said the purchase would be very positive for Kraft Heinz’s earnings per share and could serve its growth, providing “ammunition” to the ketchup maker for a larger transaction in the future.