Home » News » Why is Campbell Selling its Fresh Food Business? 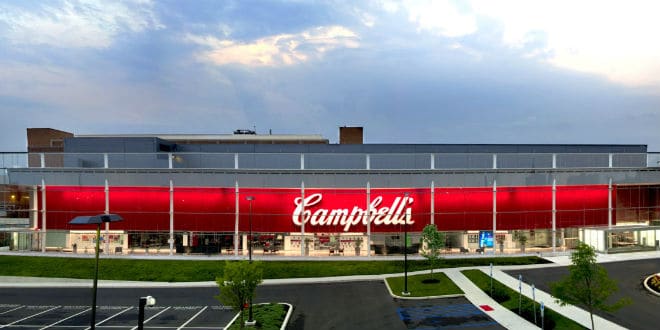 Campbell makes a big change to its strategy and announced on Thursday that it is selling its Campbell Fresh division, which includes Bolthouse Farms juices, carrots and salad dressings, Garden Fresh dips and tortilla chips and its own refrigerated soups.

According to the company, proceeds from the divestitures will be used to significantly reduce debt.

Campbell’s interim President and CEO Keith McLoughlin said, “Campbell’s Board of Directors considered a full slate of strategic options, including optimizing the portfolio, divesting businesses, splitting the company and pursuing a sale. The Board concluded that, at this time, the best path forward to drive shareholder value is to focus the company on two core businesses in the North American market with a proven consumer packaged goods business model. Importantly, the Board remains open and committed to evaluating all strategic options to enhance value in the future.”

The soup company has decided to focus on two businesses, Campbell Snacks and Campbell Meals and Beverages, in its core North American market.

Campbell Soup Possibly Up For Sale?

Campbell is counting on popular brands to drive company growth

Campbell is propping up its most popular brands such as Goldfish, Pepperidge Farm, Snyders, Cape Cod and Kettle chips, which will drive the company’s growth. According to a company press release, investments in innovation and consumer engagement will enable these brands to leverage evolving consumer tastes and trends.

Since the company acquired Bolthouse Farms in 2012, the integration did not happen as smoothly as the company had originally pictured. It did not deliver on its promise to help the soup company’s performance in the -better-for-you segment and according to Thursday morning’s earning call, McLoughlin said that a problem Campbell had faced was trying to be both a CPG business and an agricultural company.

“Simply put, we lost focus,” he said, according to Food Dive.

The company also plans to increase its cost savings target to $945 million by fiscal year 2022, including the expected Snyder’s-Lance savings, the snack company integration that was completed in March.