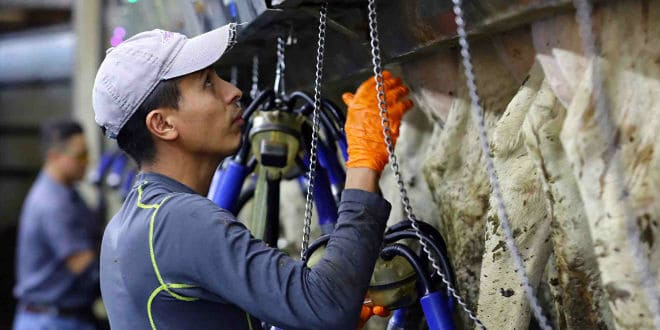 The Department of Homeland Security announced it will allow small businesses to begin applying, starting May 8, for an additional 30,000 H-2B visas for seasonal workers this summer.

The supplemental H-2B visas are available only to returning workers who received an H-2B visa, or were otherwise granted H-2B status, during one of the last three fiscal years (FY 2016, 2017 or 2018).

DHS and the Department of Labor will restrict availability by prioritizing only those businesses “who would suffer irreparable harm without the additional workers”, according to a press release.

The H-2B visa nonimmigrant program permits employers to hire foreign workers to come temporarily to the United States and perform temporary nonagricultural jobs with landscaping companies, restaurants, hotels and amusement parks, among other industries on a one-time, seasonal, peakload or intermittent basis.

In March, a group of 11 bipartisan senators asked Homeland Security to raise the number of available visas above the 66,000 statutory annual cap. The demand for seasonal workers was “so extreme” this year that the Labor Department’s website almost crashed, according to a letter sent to then-Homeland Security Secretary Kirstjen Nielsen.

“The Departments of Labor and Homeland Security are doing the right thing by providing much needed relief to small business owners in Massachusetts, and across the nation, who rely on the H-2B program,” said Congressman William Keating. “I have fought hard on Capitol Hill to form a bipartisan coalition that works to bring common-sense relief for our seasonal business.  I hope that the issuance of this joint rule will create a path for businesses to meet their staffing needs as opposed to placing additional regulatory burdens on small businesses who have already complied with the Departments’ strict guidelines.”

Last fiscal year, about 75 percent of these visas were issued to workers from Mexico, according to State Department data. Visas were also issued to, among others, Jamaicans, Guatemalans and South Africans, reported the New York Times.

Acting Secretary of Homeland Security Kevin K. McAleenan stated that “the truth is that Congress is in the best position to establish the appropriate number of H-2B visas that American businesses should be allocated without harming U.S. workers. Therefore, Congress – not DHS – should be responsible for determining whether the annual numerical limitations for H-2B workers set by Congress need to be modified and by how much, and for setting parameters to ensure that enough workers are available to meet employers’ temporary needs throughout the year.”

The National Latino Farmers & Ranchers Trade Association (NLFRTA) denounced that increasing the number of visas for seasonal workers does not solve the underlying problem of lack of labour in the United States and opens the door for employers to commit abuses.

In an interview with Abasto, Rudy Arredondo, president of the NLFRTA, said that “our concern with all these visas for foreign workers is that the process ends up being like having slaves, because a large part of these workers complaint of abuse in their places of work”.

Arredondo explained that now many companies use contractors to get seasonal workers and “the Department of Labor does not have enough staff to monitor that these contractors comply with the terms of the contract,” which leads to all kinds of abuses against Workers.

He warned that he would not be surprised if part of the workers who are admitted under the H-2B visa program end up being used for agricultural work, where there is an alarming shortage of labor. “No one is going to investigate if this happens,” lamented Arredondo.