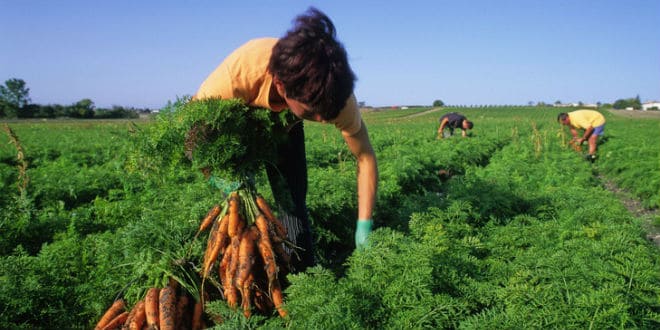 The Agricultural Guestworker Act (AG Act), which authorizes, among other things, increasing the number of temporary farm workers, was approved after an intense debate in the House Judiciary Committee and now is headed to the full U.S. House for approval.

The American Dairy Coalition (ADC), which represents 30,000 members, along with other national farmers’ organizations and U.S. Secretary of Agriculture Sonny Perdue, have been supporting the passage of the Agricultural Guestworker Act drafted by Judiciary Committee Chairman Bob Goodlatte, R-Va.

The Agricultural Guestworker Act was passed with a vote of 17-16 and would eliminate the current H-2A temporary farm worker program to replace it with a new program, dubbed H-2C, that would allow farmers and other employers to bring in 410,000 foreign workers to work in the farms, as well as 40,000 foreign workers for meatpacking plants.

“Adequate labor is essential for our industry to care for our animals and ensure our crops are harvested in a timely manner to yield the highest-quality food products for consumption around the world.  Year after year, the domestic workforce continues to forego these labor intensive jobs in favor of more leisurely work, despite increased wages and employee benefit packages,” said Laurie Fischer, Founder and CEO of the American Dairy Coalition.

However, Democrat lawmakers opposed to the Agricultural Guestworker Act said that the bill would lower wages and weaken protection for immigrant laborers.

“This is setting up a permanent second class of persons in the United States,” said U.S. Rep. Hank Johnson, D-Georgia.

If the AG Act is approved within the next three years, the H-2C program could lead to an increase of 1.3 million foreign workers in farming and other related industries.

Unlike H-2A, the Agricultural Guestworker Act would allow foreign workers to carry out agricultural jobs to stay in the country for up to three years before requiring them go back to their countries of origin. This would provide a more stable workforce for farmers, especially for dairy producers, who need workers throughout the year.

Representative Goodlatte amended his original bill and the new version does not provide any way for agricultural workers to obtain green cards for permanent residency.

The bill also makes a major change in regulatory oversight of the guest worker program by moving H-2C out of the Labor Department and into the U.S. Department of Agriculture. USDA would oversee the requests for workers by farmers and other companies, and the approval process. Other enforcement duties for the foreign workers and employers would remain under the Department of Homeland Security.