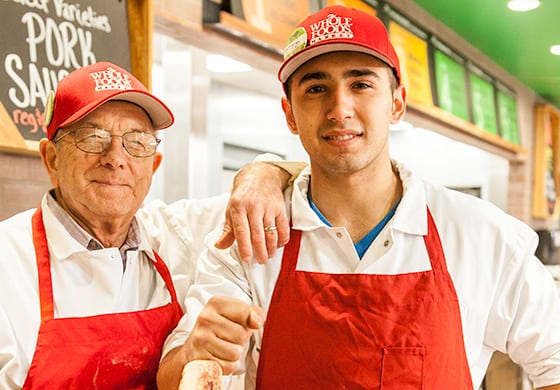 Whole Foods is officially hosting a National Hiring Day on November 2nd, planning to recruit 6,000 workers nationwide. The healthy foods company stated on their company website that they were planning to hire, “full-time and part-time opportunities for both seasonal and permanent positions, including cashiers, culinary experts and prepared foods specialists.”

The company claims they are seeking “passionate, food-focused candidates” to join their team and offer flexible schedules. They also said they will make some job offers on the spot after interviews.

The event is similar to the one previously held by Amazon in August, who hosted it’s first “Amazon Jobs Day,” which they called “the biggest hiring event of the year.” The company offered thousands of jobs to those who applied on their website.

The giant company wasted no time, with Whole Foods lowering prices on best-selling grocery the day it was bought. In a press release, Amazon claimed that together with Whole Foods, they would pursue the vision of making high-quality, natural and organic food affordable for everyone.

For their third quarter, Amazon reported $1.27 billion for physical store sales, with Amazon CFO Brian Olsavsky saying it was due to sales from Whole Foods between August 28th and the end of the quarter.

When Amazon purchased Whole Foods, the company reported that it would not cut employees and with Whole Foods’ National Hiring Day, the company has kept true to their word.

Amazon also said earlier this year that they planned to hire more than 100,000 U.S. workers through mid-2018, not including the Whole Foods hiring.

Those interested in applying to Whole Foods can apply on their website or at any Whole Foods location.