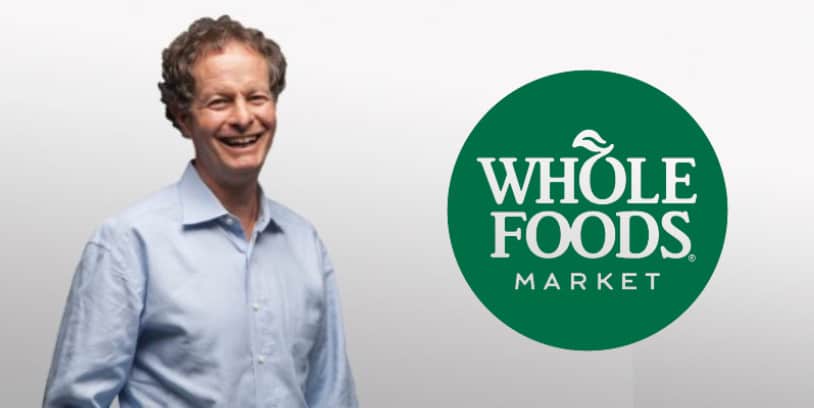 In a letter addressed to the entire Whole Foods team, John Mackey, co-founder and CEO of the supermarket chain, announced that he plans to retire next year, and the current COO, Jason Buechel, was appointed as his successor.

Mackey explained in his letter that on the occasion of Whole Foods’ 43rd anniversary in September, he decided it was time to begin the succession of his CEO role to the next generation of leadership. He said he will retire as of September 1, 2022.

For the co-founder of the specialty food grocery chain, the time has come to pursue other passions in his life. “Honestly, it’s very hard to retire from a company that I have helped to create, nourish and grow for 44 years when I leave. As a co-founder of Whole Foods, I’ve often explained my relationship to the company with a parent-child metaphor,” Mackey said.

Related Article: Who Are the Prime Consumers of Plant-Based Meat Products?

“As a parent, I have always loved Whole Foods with all my heart. I have done my best to instill strong values, a clear sense of higher purpose beyond profits, and a loving culture that allows the company and all our interdependent stakeholders to flourish. All parents reach a time when they must let go and trust that the values imparted will live on within their children. That time has nearly come for me and for Whole Foods,” he added.

Regarding Chief Operating Officer Jason Buechel, who will succeed him, Mackey described him as “a true servant leader and champion of Whole Foods’ culture and values, and he will lead the company into the future.”

He also expressed satisfaction that the leadership of Amazon, which owns Whole Foods, agreed with Buechel’s selection as the new CEO.

Buechel joined Whole Foods in 2013 as Global Vice President and Chief Information Officer and was promoted in 2015 to Executive Vice President before being named Chief Operating Officer in 2019. In addition to being responsible for the operations of all WFM stores and facilities, he also currently oversees technology, supply chain and distribution, and Team Member Services (TMS).

In his message, the Whole Foods CEO also acknowledged the vital work that the company’s three foundations, Whole Planet, Whole Kids, and Whole Cities, have done over the past 20 years.

Mackey said that over the next 11 months, he would continue to work closely with Buechel and the E-Team to transition his responsibilities gradually and expects to spend much of his final year visiting stores and connecting with grocery employees.