Home » News » What is the Cost of Suspending Mexican Avocado Exports? 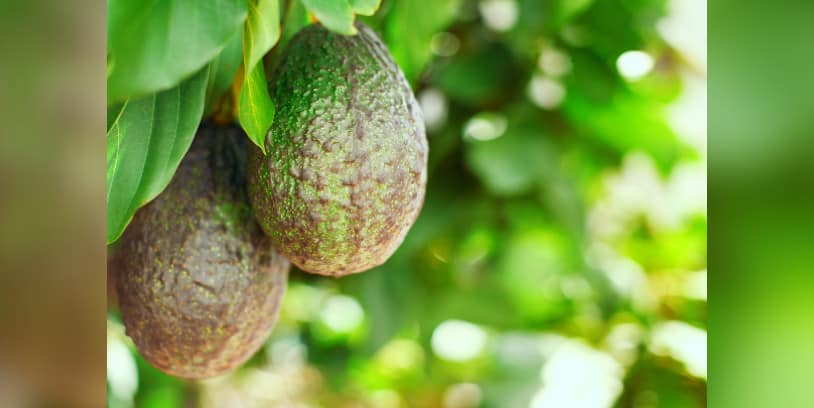 Avocado trading has been experiencing difficult times over the past few days due to the suspension of imports from Mexico. The order came after a U.S. security inspector received a credible death threat for denying approval over a shipment from the Mexican state of Michoacán.

Although Mexican and American authorities are actively working to resume exports to the U.S., the suspension order remained in place as of Friday, February 18.

Michoacán, until last year, was the only state in Mexico authorized to export avocados to the United States. In April, Jalisco will also send the fruit to the U.S. market.

In a statement to Abasto, the Mexican avocado industry in the United States reported:

“The Association of Avocado Exporting Producers and Packers of Mexico (APEAM) is actively working with the USDA-APHIS, Mexican Secretary of Agriculture (SADER), and other authorities to quickly address the situation in Mexico, strengthen safety protocols, and guarantee continued compliance with the requirements of this important export program of Mexican avocados into the United States.”

“In a working session between Mexican and United States authorities, in coordination with APEAM, there was positive progress and continued open dialogue. APEAM, supported by the Mexican authorities, presented a comprehensive proposal to reinforce safety protocols and create an Intelligence and Security Unit within APEAM to support the export program. The Governor of Michoacan made a commitment to implement the operational security plan immediately.”

Related Article: Hispanic Impact and Insights on the Fruit and Vegetable Industry in the U.S.

“The proposal was well received by the representatives of the U.S. government, and a memorandum of understanding will follow after the proposal is officially reviewed and approved.”

But What Will be the Impact of Suspension of Avocado Exports?

In 2021 Michoacán shipped to the United States 2.25 billion pounds, and this volume has been increasing in recent years, 3.4% with respect to the volume in 2020 and 20%, when compared against 2019, following this line of growth in 2022, would expect a magnitude ranging between 2.34 to 2.7 billion pounds.

This number represented 80.64% of the volume consumed in the United States, with California being the next producing region with just 8.9% of the total.

It is well known that the Super Bowl is one of the dates when most avocados are consumed in our country, but for the Cinco de Mayo celebrations, avocado consumption tends to increase even more.

Last year between January 1 and February 12, Mexico exported 304,508,238 pounds to the United States. Still, after the Super Bowl and up to May 4, the volume exported was 554,592,125, and the sales price of this fruit at the McAllen border represented approximately $780 million.

Historically we can also see how as May 5th approaches, the price of avocados increases considerably. In the following graph, we see, for example, the price of size 84s, which the previous week reached the price of $23.25 a box versus the $16.25 it cost before the Super Bowl, which represented a price increase of 43%, which tells us about the demand for this fruit due to the Mexican celebrations during May.

In addition to Michoacán, another Mexican state that can send avocados to the U.S. as of 2022 is Jalisco. But the volume of this one cannot supply the demand of fruit that the state of Michoacán produces. In 2020, Michoacán produced 1.8 million tons while Jalisco barely reached 248,000 tons, and Mexico had a total production of 2.3 million tons. In other words, Michoacán represents 78% of the country’s avocado volume.

If we analyze the production of other countries that send avocado to the United States, such as Peru, we see how this volume has increased by 38% since 2017. But despite this increase, it is barely 6.2% of the volume consumed in the U.S.

For another country like Peru, Colombia, or the Dominican Republic to catch up with Mexico’s production, it would take 1-3 years. This is the time it takes for a new tree to produce avocado, depending on its maturity at planting, as it can be purchased from a nursery or grown from seed.

Therefore, Michoacán avocados are essential for consumers in the United States. What happens in the coming weeks on this issue will be crucial and directly impact the lives of Michoacán farmers and their workers.

According to Mexico’s Servicio Nacional de Sanidad, Inocuidad y Calidad Agroalimentaria, 64% of avocado exports to the United States come from micro, and small producers’ harvests grow the fruit in 27,712 orchards of less than 10 hectares.

The Mexican Association of Avocado Producers and Packers and Exporters is comprised of more than 30,000 producers and 74 export packers. Michoacán’s avocado belt is made up of 43 municipalities, the only ones authorized by the USDA to export to the United States. This market currently represents 84% of exports, although Michoacán also exports to Canada, Japan, China, and other Asian countries, Europe and Central America.