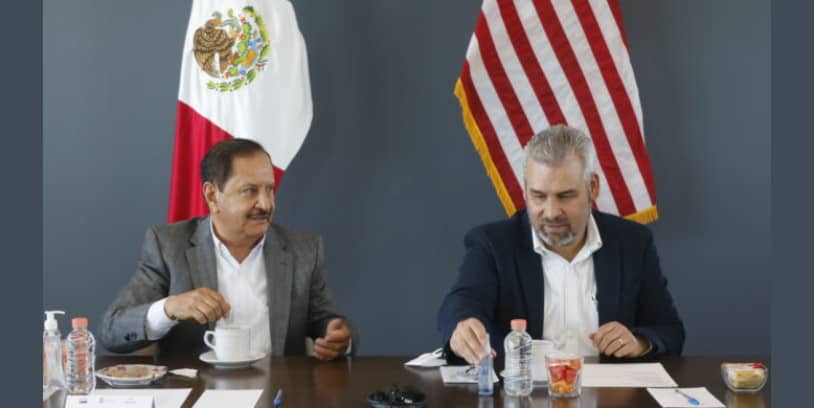 The U.S. Department of Agriculture’s (USDA) Animal and Plant Health Inspection Service (APHIS) announced today that its avocado inspection program in Michoacan, Mexico, has restarted, and avocado exports to the United States have resumed.

APHIS, working closely with the U.S. Embassy in Mexico’s Regional Security Officer, Mexico’s national plant protection organization (SENASICA), and the Association of Avocado Producers and Packers Exporters of Mexico (APEAM), have enacted additional measures that enhance safety for APHIS’ inspectors working in the field, following a threat made to an employee on February 11, said the agency in a press release.

Last Wednesday, February 16, the association presented a comprehensive proposal for the creation of an Intelligence and Security Unit within APEAM to support the export program. On Friday, February 18, the proposal was approved by all parties, and an agreement has been accepted to resume the full export program of Mexican avocados to the United States starting Monday, February 21, 2022.

One of the actions included in the plan is the immediate implementation of an operational security plan by the government of Michoacán.

USDA said in the statement that it appreciates the positive and collaborative relationship between the United States and Mexico that made it possible to resolve this matter promptly. The safety of USDA employees doing their jobs is of the utmost importance.

In a statement, the Director-General of APEAM, Armando López Orduña, highlighted the support, collaboration, and great commitment between the parties involved to review and strengthen the processes, enhancing security protocols to safeguard the physical safety of the officers and facilities of the United States Department of Agriculture (USDA), as well as the entire value chain.

“On behalf of the entire industry, I would like to thank the authorities of both countries for their support and commitment to reactivate the exports of the Michoacan avocado to the United States in order to avoid, to the extent possible, the impact on supply, after the suspension of harvest and shipments announced on Friday, February 11,” said López Orduña.

Related Article: What is the Cost of Suspending Mexican Avocado Exports?

For the last full calendar year (2020) of available data, Mexico reported exports of avocados of $3.2 billion, of which 79% went to the United States. In 2020 and 2021, approximately 80% of the avocados exported from Michoacán went to U.S. markets. The peak growing season for avocado in Mexico is January through March, while the U.S production season for avocado fruit runs from April to September.

Mexico and the United States will continue working together to fortify the solid bilateral supply chains that promote economic growth and prosperity in both countries.

The Mexican Association of Avocado Producers and Packers and Exporters comprises more than 30,000 producers and 74 export packers. Michoacán’s avocado belt is made up of 43 municipalities, the only ones authorized by the USDA to export to the United States. This market currently represents 84% of exports, although Michoacán also exports to Canada, Japan, China, and other Asian countries, Europe and Central America.