Home » Agricultural Industry » Hispanic Impact and Insights on the Fruit and Vegetable Industry in the U.S. 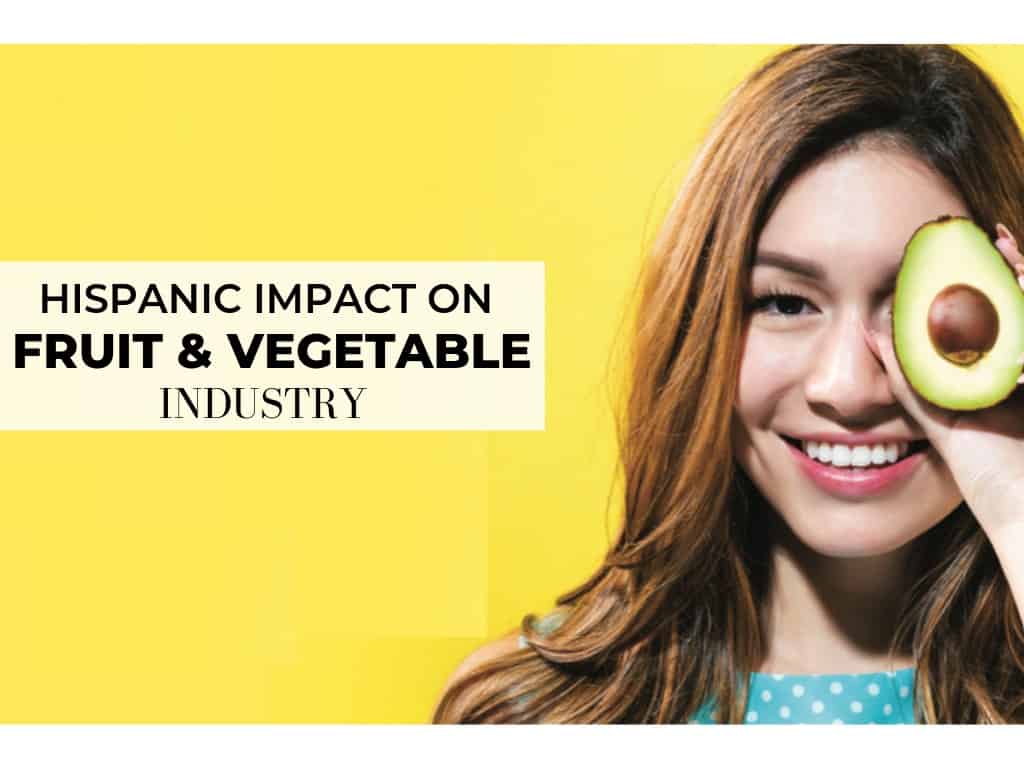 Are you looking to learn important information and insights about the fruit and vegetable industry of the Hispanic consumer? Keep reading because this gets really interesting, especially if you commercialize them.

Fruits, vegetables, and herbs are no exception to the demand of the Hispanics consumer in grocery stores.

Given the high demand by Hispanics for these perishable foods, the production and import volumes have increased in the United States. Supermarkets are starting to offer traditional Hispanic fruits and vegetables to target Latino shoppers.

A Look at the Hispanic Fruit and Vegetable Industry

The most consumed fruits and vegetables last year by Hispanics in the United States were a combination of traditional American products like apples, carrots, mango, and papaya.

Exotic flavors have been more predominant in American homes, mainly accepted/consumed by Millennials who have grown up with Hispanic Millennials, who in turn have been influenced by their parents and or grandparents when they visited their countries of origin.

This increase in consumption has an impact on the volume produced and imported into the United States.

We analyze production volume, imports, and pricing of certain fruits and vegetables to better understand the impact of Hispanics in the fruit and vegetable industry.

A perfect example of the Hispanic influence on the dining table and in restaurants is radish, one of the most consumed vegetables by Hispanics in the U.S.

It’s produced in different states like Arizona, California, Florida, and Texas. It is also exported from the U.S. to meet the annual consumption of Canada, Guatemala, and Mexico. During 2012,

This vegetable was only eaten in American homes in salads. It is now used as an accompaniment meal for Hispanic dishes such as tacos, pozole, mole, ceviches and as an ingredient of different sauces.

A similar story happened with papayas. During 2018, papayas were sold nationwide during the 52 weeks of the year, while in 2014 it reached stores until September 18.

Consumer demand in 2018 has increased papaya imports annually in particular from Mexico, a country that makes up 79% of the papaya supply in the U.S.

The difference and higher demand are being replaced by countries such as Mexico and Peru, which increased their imports to the United States by 107% and 260% respectively from 2012 to 2018.

The increase in avocado consumption is not only tied to Hispanics families and its guacamole use. But, Anglo-Saxon, Asian and African-American families throughout the country are responsible for such a demand.

A similar case happens with carrots in its “Baby Peeled” variety. This carrot is commonly used in Hispanic sauces and soups.

These demographic changes in both Hispanics and other ethnic groups, mainly Asian, will continue to transform the U.S. market.

We’re curious: Do you know any other important fruit and vegetable industry insights we ought to know. Let us know in the comments below!