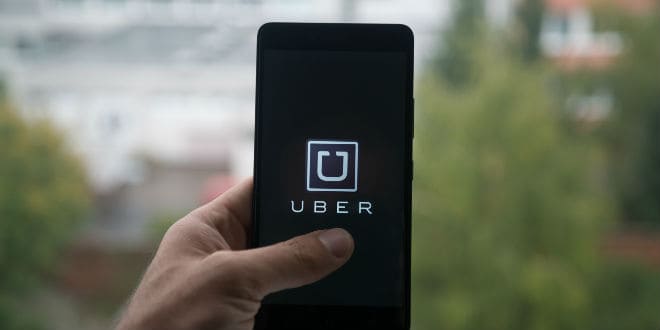 Uber, a ride sharing company, is planning on entering the grocery delivery competition. The trending service is being offered by other retailers, including Kroger, Walmart and Target.

According to Recode, Uber Eats hit $6 billion bookings this year, growing over 200%.

Uber had recently partnered with Walmart to run a grocery delivery test earlier this year, but it ended unsuccessfully after a few short months.

“With Eats, we’re getting into the business of moving food around. I think that this product of delivering great quality food to you at home in 30 minutes or less is magical and is going to move into grocery in a way that’s fundamental and a lot more people are going to be eating at home…you can absolutely see grocery as being an adjacency,” Khosrowshahi said at Vanity Fair’s New Establishment Summit 2018 on Tuesday, according to Yahoo Finance.

The initiative will heat up the competition as other platforms such as Instacart, Shipt, Postmates Fresh and Amazon Fresh all take up the same space. Doormates recently partnered with Walmart in Atlanta and with Postmates in Charlotte, N.C., according to Food Dive.

With consumers that prefer convenience and comfort, grocery delivery is on the rise and is a trend that many food retailers are catching onto, particularly partnering with third party platforms.

Khosrowshahi mentioned that although grocery delivery is on Uber’s mind, the challenge is where to focus and what companies to partner with.

“Eating is something you do three times a day. So these are habits that go very, very deep. And someone needs to be the orchestration layer for people moving around cities, and I think that can be us. It’s an enormous opportunity. The real challenge for us is where do we focus and where do we partner,” he said, according to Yahoo Finance.