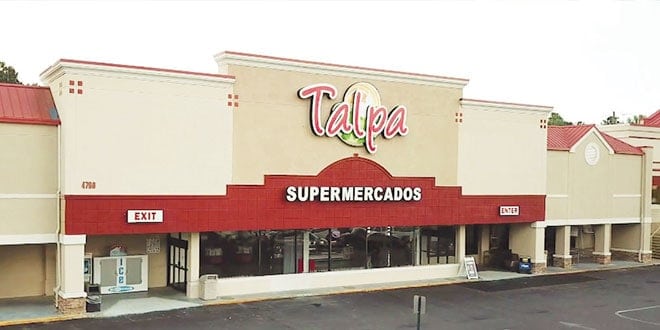 The goal of Gerardo Cárdenas, owner of Talpa Supermarkets is to open 20 stores in the metropolitan area of Atlanta, in Georgia. He knows that it will take time to meet that goal and for now he is preparing to celebrate, at the end of January, the opening of his eighth supermarket.

In an interview with Abasto Magazine, Cárdenas said that what encourages him to dream about having a large supermarket chain is not money, or the recognition of being a powerful businessman. Without hesitation, he assures that what motivates him to continue growing are his employees.

The way to reach this level of success, offering in its supermarkets all kinds of Hispanic products of the best quality, having areas of bakery, tortilla, butchery and restaurant, as well as unparalleled customer service, began when Cardenas was a child and he helped his parents milking cows on a farm in California.

When Cardenas was just a teenager, his family moved to Georgia, where his parents, Leopoldo and Celia, from the town of Talpa in Mexico, started a home-made cheese business that they sold in the neighborhoods.

In 98, thanks to the fact that the owners of Carnicería Loa donated to Leopoldo some butchery equipment, the family was able to open their first grocery store in the town of Rome, in northeastern Georgia.

“We worked for 10 years in that area in a very small supermarket of 2,000 square feet,” said Cardenas.

They opened two other stores in Rome and in 2009 they decided to make a big jump in the business. Cárdenas moved to Atlanta with the mission of opening the first Talpa supermarket in Georgia’s capital.

The store in Atlanta had only been operating for six months, when the Cárdenas family had to face the death of Leopoldo.

At 22, Cárdenas was in charge of the supermarket in Atlanta while his mother continued to run the stores in Rome, until she decided to sell them and retired.

From that moment, his purpose was to grow in the industry. “All the money that I collected, which I made in the store, I was saving it to open the next Talpa supermarket, to self-finance, because having more supermarkets, can allow you to buy products at better rates and thus offer lower prices to customers,” said Cardenas.

In addition to the low prices he has been offering his Hispanic clients, Cárdenas went a step further to help the immigrant community. “In 2009 there were many immigration raids and we decided to offer transportation services to pick up the client at home, take him to the store so he could do his shopping and take him home again.”

Cárdenas said they now have a fleet of 18 vehicles in their seven Talpa supermarkets to offer transportation services to people who do not have their own vehicle.

In less than a decade, Cárdenas has opened seven Talpa supermarkets and a food distribution warehouse where they also have their corporate offices.

Continuing his expansion plan, in May 2018 he opened the first 30,000-square-foot supermarket in the Lilburn area of Atlanta.

Cárdenas stressed that the success of his company is due to the support of all the team that works in the supermarkets. “That, in the end, makes you feel good, makes you keep growing, open more supermarkets and employment opportunities and growth for all of them too.”

In 2019 they have big plans. On January 15 they will open the eighth Talpa supermarket in the town of Mableton; In March, the corporate offices and the distribution warehouse will move to a new location and in the middle of the year Cárdenas hopes to integrate the online services so that customers can buy groceries online.