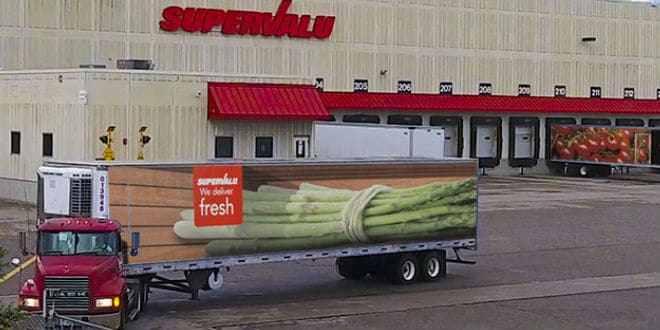 Supervalu announced it will be selling and leasing back eight of its owned distribution centers to a single buyer for approximately $483 million and the company also is pursuing the sale of its grocery store chain Shop ‘n Save stores in the Midwest and in the East.

“Already in the first two months of fiscal 2019, we’ve capitalized on our business momentum by taking several decisive, strategic actions that further our transformation. These include exiting our Farm Fresh banner, the announcement that we’re pursuing the sale of our Shop ‘n Save and Shop ‘n Save East retail operations, and the monetization of approximately $483 million in owned real estate,” said President and CEO Mark Gross.

Net proceeds from the sales of its eight distribution centers will be used to reduce outstanding debt including the payoff of a mortgage related to one of the properties being sold. Supervalu will enter into lease agreements for each of the facilities for an initial term of 20 years with five five-year renewal options, according to the company.

“By unlocking significant value in a portion of our real estate portfolio, we’re able to meaningfully pay down debt, improve our balance sheet, and deliver value to our shareholders,” said Gross.

Warehouses to be sold in the sale-leaseback deal are located in Champaign, Joliet and Oglesby, Ill.; Commerce and Stockton, Calif.; Green Bay, Wis.; Harrisburg, Pa.; and Pompano Beach, Fla.

Supervalu intends to sell off over 50 stores of Shop ‘n Save East retail operation and their headquarters in St. Luis. The sale of Farm Fresh, another grocery chain owned by Supervalu, is expected to close in May.