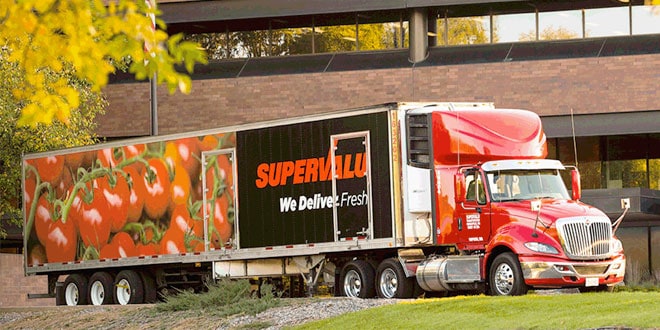 Supervalu has completed its acquisition of Unified Grocers, Inc. in a transaction valued at $390 million. Now the combined companies will operate 24 distribution centers that supply customers in 46 states and serve a customer base of more than 3,000 stores.

“The completion of this transaction is a significant step forward for Supervalu and the growth of our wholesale business,” said Mark Gross, Supervalu’s President and Chief Executive Officer. “Our teams are fully engaged in the important work of integrating these two great organizations with a continued focus on delivering for our customers and stockholders. We’re excited about working with the many talented associates to supply and serve our expanded and highly diverse customer base.”

Unified Grocers, a retailer-owned wholesale grocery distributor that supplies independent retailers throughout the western US, reported annual sales of about $3.8 billion. Supervalu will maintain Unified Grocers’ headquarters in Commerce along with management and employees.

Meanwhile, Supervalu announced that Bruce Besanko has decided to resign his positions as Executive Vice President, Chief Operating Officer and Chief Financial Officer effective July 5, 2017 to pursue an opportunity outside the Company.

The department store chain, Kohl’s, announced that Besanko is its new chief financial officer and he will start his new job on July 10th.

“Kohl’s has an excellent reputation in the financial community and I look forward to joining the company,”  Besanko said in a statement.

Besanko is the third industry executive to step down within the past week. The chief executive of Southeastern Grocers LLC, Ian McLeod, said he was leaving the chain for Hong Kong-based retailer Dairy Farm International Holdings Ltd. Also, last week the CEO of Fresh Market, Rick Anicetti, said without explanation that he was resigning.

In a press release, Supervalu’s CEO, Mark Gross said that Besanko “made numerous contributions to this organization, including improvements to the Company’s capital structure that have laid the groundwork for our transformation”.