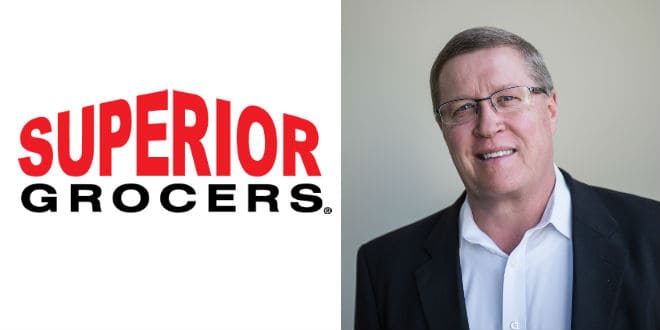 Superior Grocers announced the promotion of Richard Wardwell as President of the company. Previously, he held the position of Chief Operating Officer in the grocery chain, one of the largest in Southern California.

Wardwell has over 35 years of grocery retail experience. He began his career as a Courtesy Clerk and continued to advance in his profession, experiencing the many ranks of the grocery industry.

In his new role as President, he will continue to oversee all aspects of the company, according to a press release.

“It is an exciting time for Superior Grocers. As we enter a new decade, there are definitely more challenges and opportunities in the grocery and retail industry, and with Rich’s leadership, our company will be well-positioned for success,” stated Mimi Song, Chairman, and CEO.

Superior Grocers, based in Santa Fe Springs, is one of Southern California’s largest independent supermarket chains with 46 stores and employs nearly 4,500 associates.

Last September, Superior Grocers adopted a new banner, The Market By Superior, and opened its first small-format store in California.

Traditionally known for its large stores and displays, the retailer opened its first 25,000 square feet store at 4040 W. Washington Boulevard in Los Angeles.

As Chief Operating Officer, Wardwell oversaw the opening of the new banner. “We are honored to serve the neighborhood with a great shopping experience as they have welcomed us with open arms,” stated Wardwell during the opening ceremony on September 5, 2019.