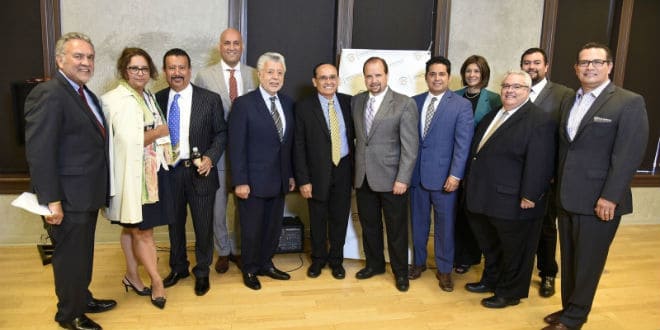 The Latino Food Industry Association (LFIA) held its official launch in Los Angeles in order to provide effective support to its members and to educate the public and policymakers on the contributions and significant impact being made by Latino-owned food businesses and purveyors on the national economy.

“Given the Hispanic market’s $1.5 trillion in annual buying power and the rapid growth of Hispanic-owned businesses in the food and beverage segment, many of our members felt it was time to launch the Latino Food Industry Association to maximize our position in the industry,” said Ruben Smith, LFIA Board Chair.

The LFIA was established to promote, support, educate and advocate for the thousands of Latino owners, employees, and entrepreneurs who are involved in every aspect of the country’s rapidly growing food industry. Their members include grocery chains, independent grocers, restaurateurs, food and beverage manufacturers and distributors, growers, and several national brands.

In the official launch of the organization, it was highlighted that thanks to shifting U.S. demographics that are skewing heavily Latino, there are now more opportunities for Hispanic entrepreneurs and business owners to succeed than ever before in the food industry.

Hispanics have become the most important demographic growth driver in the food, beverage, and restaurant sectors. The U.S. Hispanic population is growing exponentially compared to non-Hispanics. With an estimated 54 million Latino men and women representing 17% of the U.S. population with buying power of well over $1 trillion, it is easy to see how this consumer market has influenced the food and beverage industries in the U.S.

At home, the Hispanic population combined with their adherence to dining traditions is beginning to influence national consumption patterns. Fresh and from-scratch are the most common food forms in Hispanic meal preparation.

Stove-top preparation dominates Hispanic meals more than non-Hispanic meals due to the types of dishes being prepared.  Based on these numbers, it’s clear the Hispanic food industry creates wealth, employment, and opportunities now and into the future.

The Latino Food Industry Association wants to empower its members

“To stay competitive in the burgeoning marketplace, we believe our members need to be equipped with the necessary tools to compete and flourish in the food industry,” said LFIA Board member David Lizarraga.

LFIA has already gained significant membership through its partnership with the Neighborhood Market Association, which has a network of members ranging from more than a hundred grocery stores and 1,200 convenience stores, as well as an extensive list of suppliers, distributors, and manufacturers, growers, corporations, and individuals.

Photo Gallery of the Launch of the LFIA in Los Angeles