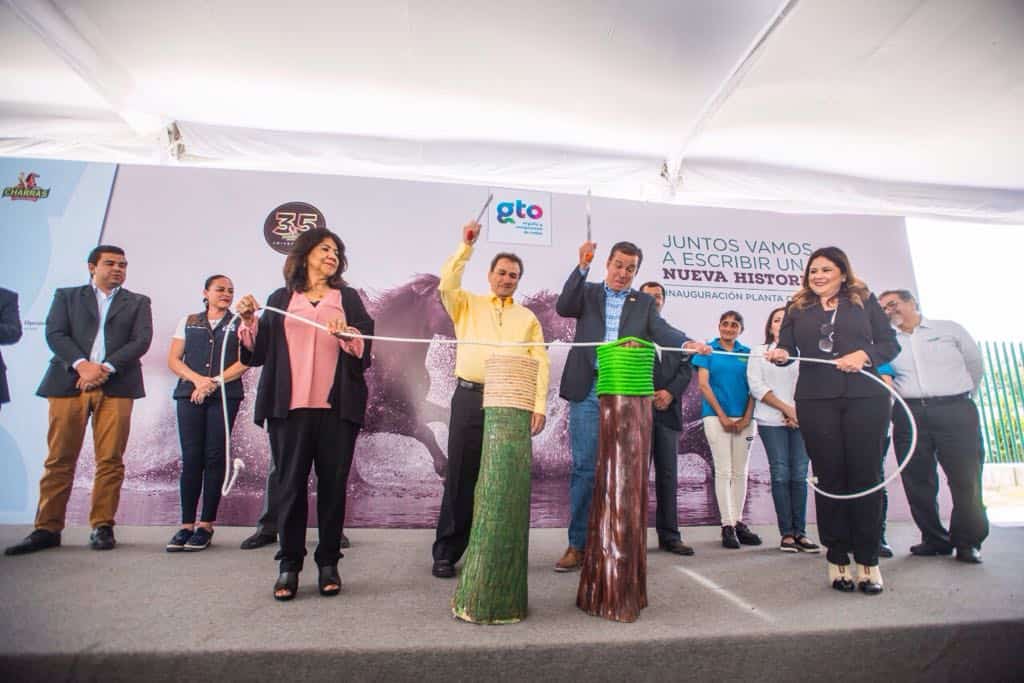 The company Tostiricas Nieto S.A. Of C.V., better known as Tostadas Charras, celebrated the inauguration, on August 9, of its modern production plant located in the municipality of San José Itúrbide in Guanajuato, Mexico, with an investment of 18.1 million dollars.

The facility, which was built on a 6.4 acres site, has the capacity to more efficiently supply the 25 distribution centers located in Mexico and four in the United States, said Raúl González, general manager of Palacios & Sons , LLC dba Charras, in a statement to Abasto Media.

Guanajuato Governor Miguel Márquez Márquez, along with other special guests and members of the community, participated in the opening ceremony of the new production plant that will generate about 250 new direct jobs and about 80 indirect jobs in the next three years.

Grupo Fiesta Charra’s executive president, Ismael Palacios Nieto, along with Governor Márquez, were in charge of the “cutting the rope with machetes” ceremony, to officially inaugurate the facility that they named “Planta Opción”.

With this state of the art facility, Tostadas Charras is optimizing its production processes and improving the systems for energy conservation and environmental protection.

One of the important achievements was the modification of the system that in a monthly basis converts 400 tons of corn into flour in less time without the traditional nixtamalization process, which uses a large amount of water and natural gas for its coercion process.

In the area of ​​resource conservation, the system of lighting and ventilation of the facilities was modernized, which will save 30% in electricity in relation to the consumption of the old plant. The new electrical installation is ready to migrate to a solar energy system.

The management team of Tostadas Charras, which is celebrating its 35th anniversary this year, decided to maintain the physical location of the plant in the municipality of San José Itúrbide, due to the social responsibility that the company has with its workers who live there. Also, because they consider that it is a strategic place for the reception of raw materials and the distribution of finished products for its commercialization.

The corn that they use for their famous toasts is harvested in the state of Guanajuato.

The new plant will also allow them to increase the production of tortilla chips and will start different lines of corn snacks, in addition to a line for potato chips.

During the last 20 years, Charras has been able to become a leading brand in the category of tostadas and Latin products in countries such as the United States and Canada, thanks to the work carried out by Palacios & Sons, LLC, which serves as the marketing subsidiary for international markets. For their quality and service, they have achieved the recognition of carrying the real Mexican flavor at international level captivating the Latino consumer as well as the Americans and Canadian.

That is why Charras’s growth plans will continue as González explained to Abasto Media. Within the next two years, he said, they have plans to open another plant in northern Mexico to continue projecting to other markets such as Europe and Central America.

The New Charras State of the Art Facility: