Home » News » Latina Entrepreneurs, a Vital Force in The US Economy 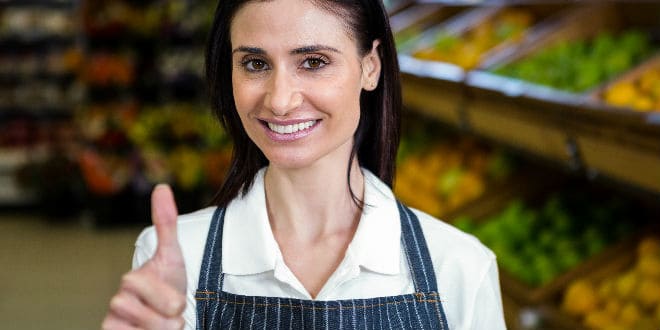 The momentum of Latina women in the United States is on the rise and continues to demonstrate that it has a decisive role in the future of the US economy.

As part of the Women’s History Month, which takes place during March, Abasto highlights the role of Latina women in the US, their constant desire for independence and improvement at all levels, which has led them to reach a prominent place as entrepreneurs, surpassing white women as business owners in the United States, according to the most recent Census figures.

The Latina / Hispanic women population in the United States is 28 million; they represent 17% of the total U.S. female population and 9% of the entire population.

According to the most recent Census data, 44% of all Hispanic businesses in the United States are under the control of Latina women. This means that about 1.5 million companies with $78.7 billion in sales are owned by Latinas.

Abasto interviewed three Hispanic women who have succeed as supermarket owners in the New York area and are a clear example of the impetus that Latinas have to create their businesses and move them forward.

Elsy Pérez owns the CTown supermarket located at 668 Crescent Avenue in the Bronx. She recognizes that it’s a very demanding job, but it does not stop her from thinking big.

“Every day there are new situations that have to be faced and with the economy and the situation that we are now facing, it is difficult for our communities to survive with what they are receiving. Even so, we are trying to make the best of what we have and trying to work in the best possible way,” said Pérez.

Pérez and her family have two other supermarkets and plan to open the third one soon. But this responsibility to run three stores, which are open seven days a week, does not detract from her other responsibilities at home.

“Yes it is true that it is difficult when you have family, children, husband and a business, but as Latina women, we can do everything we set out to do and we do it perfect,” says Pérez.

Iris Mesa, owner of the CTown supermarket at 272 Maple Street, Perth Amboy, New Jersey, said that work at the grocery store is a seven-day job. “It’s very demanding, but very interesting because there is not a single moment when this business is boring and I love every minute of work. We’ve been in business for 35 years and I’m very proud of that,” Mesa said.

Her advice for Latina women who want to try their luck as entrepreneurs: “Women who want to have their business have to be passionate about what they do, love their work and go every day with an open mind, because long hours of work await you, but at the end of the day will be worth it.”

For 30 years, Miriam Collado’s family has been involved in the supermarket business and 10 years ago, Collado became the owner of the CTown supermarket on 135 and Broadway in New York.

“I think being a supermarket owner is a big challenge, but a great experience and you have the opportunity to interact with your community and I love it. We have 30 employees and about half are women. As Latina women entrepreneurs, we must be strong and united, the secret of success is to love what we do, have a passion for work and enjoy it,” said Collado.

Despite their multiple obligations as Latina entrepreneurs, they have full confidence in their abilities to care for their families and businesses.

“We women are different from men, we are multifunctional and we can manage our time well and the obligations we have,” agreed the three Latinas.

Meanwhile, Beatriz R. Pérez, Senior Vice President, Head of Communications and Public Relations of Coca-Cola, in an interview with Abasto, highlighted the efforts of Latina women to succeed as independent entrepreneurs in the food and beverage industry in the United States.

Pérez took part of the event held in Atlanta to raise funds for Continental Food and Beverage / Inca Kola USA community aid programs and she also received a Leadership Award as a Hispanic executive.

For Latina women seeking to succeed as businesswomen in the United States, Pérez advised them to “work hard and dream big because they can certainly do it, because if we know anything about the Latino community, is that we work harder than any other in the whole world, because we know that we can succeed when we give everything. We love our families and we want to ensure that the next generations have even more than what we have achieved.”

Where Latina Women Live in The US

In many cities in California, Texas, New Mexico and Arizona, Hispanic women are now the majority of the total female population.

Hispanic women in California and Texas represent 38% of the total female population in each of those states.

Los Angeles and New York are the metropolitan areas where most of the Hispanic women live, with more than 3 million and more than 2.4 million, respectively.

The level of Education of Latina Women

Latinas continue to make great progress in educational achievement and have now overtaken the general population in several important indicators.

The Latina Women in The Workforce

52% of Latina women agree that their goal is to reach the top of their profession, and 67% agree that they will continue working, even if they win the lottery.

Latinas outperformed the US population in general in the creation of new businesses, since the total number of companies controlled by women only grew by 27% during the same period.

Currently 7% of Hispanic women in the workforce are self-employed, while 77% agree that, given the option, they would be their own boss.

10% of Hispanic women earn annual salaries or self-employment income of $ 50,000 or more, compared to 18% of non-Hispanic white women and 17% of women in the United States in general.