Home » News » Why Did Kroger Drop Its Lawsuit Against Lidl? 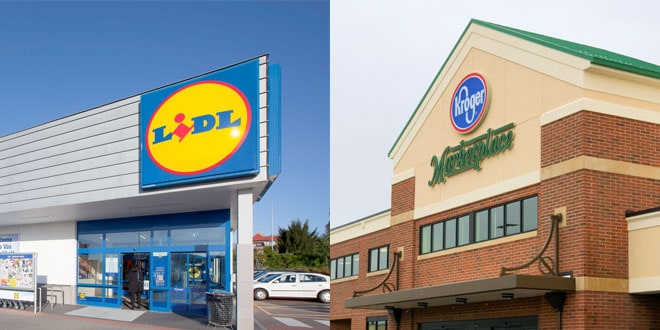 Kroger dropped its lawsuit against Lidl, which claimed that the German supermarket chain had copied one of their private labels. Kroger filed the lawsuit in June, soon after Lidl had opened its first U.S. stores.

The lawsuit claimed that Lidl’s brand Preferred Selection was similar to their Private Selection brand, and could cause customers to confuse them, constituting unfair competition. Lidl had rejected the complaint, saying that their brand was more distinct and was not designed to copy Kroger’s.

The lawsuit stated that, “As a direct result of Lidl’s wrongful conduct, Kroger has suffered and will continue to suffer irreparable injury.”

Now, both companies have dismissed the trademark infringement claim. The lawsuit was dismissed with prejudice, meaning the case cannot be refiled. According to Supermarket News, each side agreed to bear its own fees and costs, attorneys for the respective companies said in a filing late last week

The dispute, filed in U.S. District Court in Richmond, Va., was to go to trial early next year.

Kroger claims the lawsuit issues have been resolved

Kristal Howard, Head of Corporate Communications and Media Relations for Kroger, told Abasto Magazine that “the issues have been resolved” and that they are “unable to disclose details of the agreement.”

Will Harwood, Director of Communications for Lidl, told Abasto Magazine, “The case has been dismissed. Lidl’s launch in the United States has been a great success so far. We look forward to more store openings, and are pleased to continue to offer our customers Lidl’s Preferred Selection, which was recently awarded by the editors of Store Brands the Top Innovation Award of 2017.”

US District Judge John Gibney signed the voluntary dismissal submitted by the parties on Thursday, September 7 on September 12, 2017.

Kroger’s brand has been around for 20 years and Private Selection is a well-known mark that has been used in supermarkets, convenience stores and other various retail stores. Kroger is a supermarket giant, with over 3,000 stores.

Lidl registered their Preferred Selection mark in September 2016 and made its U.S. debut in June, with additional plans for opening up to 100 stores by 2018.