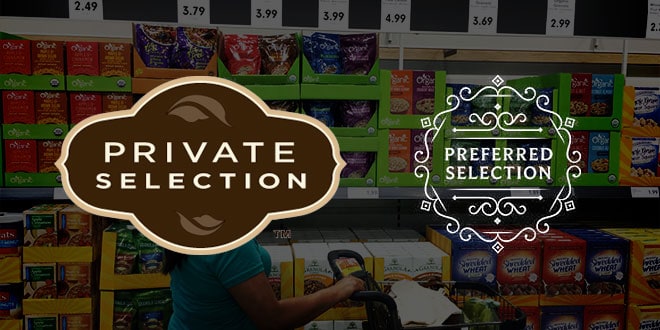 The largest supermarket chain Kroger is suing the recently emerged Lidl for a trademark infringement. According to the complaint, they claim that Lidl’s brand Preferred Selection is similar to their Private Selection brand, and could cause customers to confuse them and constitute unfair competition.

Lidl had only been running their new stores for two weeks before the lawsuit was filed in the U.S. District Court in the Eastern District of Virginia.

The complaint obtained by Abasto Media, states that Lidl has used of the Preferred Selection mark with full knowledge of Kroger’s objections and Kroger’s Registrations, and Lidl’s actions “have been willful and deliberate acts of infringement and unfair competition, which will cause irreparable harm and other damages to Kroger”.

Kristal Howard, Head of Corporate Communications at Kroger, told Abasto Media, “The Kroger Co. and our family of stores are extremely proud of Our Brands. In 2016, we sold a record-setting 8.2 billion Our Brands units, which equates to our customers choosing to add 1.25 million of our exclusive products to their shopping carts every hour that our stores are open. While we generally do not comment on activate litigation, we believe the merits of the case are clearly outlined in the complaint.”

When Kroger objected to Lidl by oral and written communications about the registration and use of the Preferred Selection mark and logo, the German supermarket chain rejected the complaint.

“As a direct result of Lidl’s wrongful conduct, Kroger has suffered and will continue to suffer irreparable injury,” the lawsuit states.

Kroger is asking for Lidl to remove brand references

Kroger is asking the Court to rule in its favor, wanting a monetary relief and the destruction of all Lidl’s Preferred Selection materials, including but not limited to labels, packages, wrappers, receptacles, advertisements, promotions or other displays of the Preferred Selection mark, as well as removing all brand references on its website and social media.

Kroger’s brand has been around for 20 years and Private Selection is a well-known mark that has been used in supermarkets, convenience stores and other various retail stores. The brand has also been promoted in television commercials, promotions, coupons, social media, and other Kroger websites.

Kroger is one of the largest Supermarket chains with over 3,000 stores.

The two Supermarkets are expected to compete over prices, with Lidl claiming 30% off prices to their customers.