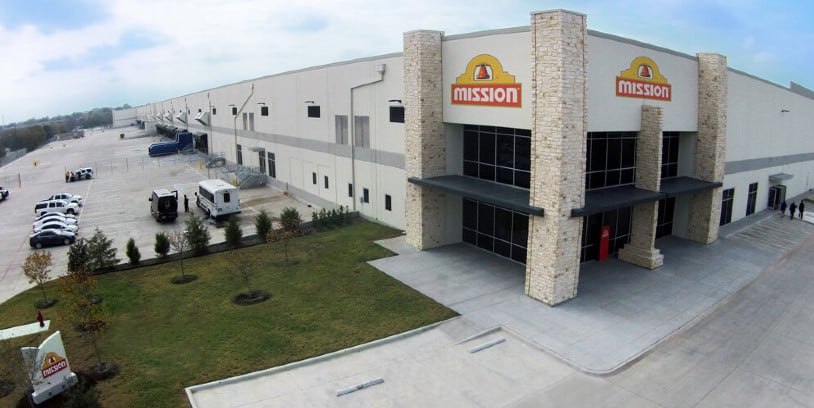 GRUMA S.A.B. de C.V., one of the largest corn flour and tortilla producers in the world, presented in the second quarter a realignment of its product portfolio reflecting the accelerated recovery of the world economies as businesses return to their pre-business-as-usual levels.

According to GRUMA’s report, this meant healthy growth in the industrial and foodservice channels of the tortilla and cornflour businesses, respectively, and an effort to retain demand in its retail channels.

In the U.S. tortilla retail channel, GRUMA said it felt very comfortable with the structural realignment that has taken place because its first-half performance and demand, if annualized, would be growing at a CAGR close to 10% in sales over two years compared to its historical rate of 4%.

“The tortilla business, whose footprint is expressed primarily in the United States and Europe, is exhibiting a return to the foodservice channel as it has recovered, reflecting progress in the worldwide vaccination effort, resulting in restaurants and entertainment establishments reopening their doors to the public,” said Raul Cavazos Morales, GRUMA’s chief financial officer, during a conference call.

GRUMA said in its financial report that its strategy is focused on its core businesses of cornflour and tortillas, as well as expanding its product portfolio into the flatbread category in general.

They highlighted the growing popularity of Mexican food and tortillas in the U.S., European, Asian, and Oceania markets. They will also continue to take advantage of the adoption of tortillas by consumers in various regions of the world for the preparation of recipes or dishes unrelated to Mexican food.

In the United States and Mexico, GRUMA said it plans to enter the market for flatbreads and flavored corn chips gradually.

The company also seeks to maintain the Mission and Guerrero tortilla brands as the first and second national brands in the United States and position Mission in other regions of the world to increase brand recognition and expand its presence in more supermarkets chains.

Tortilla sales volume declined 1.8% to 215 thousand metric tons due to atypical demand in 2Q20 as a result of the inventory accumulation effect of the pandemic.

On the other hand, a recovery of the foodservice channel took place as restaurants and leisure businesses increased their operations towards pre-pandemic levels.

Corn flour sales volume increased 2% to 168 thousand metric tons due to increased demand from tortilla producers as the economy recovers, the report said.

Net sales declined 1% to Ps.12,449 million in line with the decline in the tortilla business mentioned above and a change in the sales mix favoring the institutional channel, which has a lower selling price.

“We remain confident in our future performance in the region, given the market dynamics we have seen related to our tortilla operations,” said Cavazos Morales. “We have been successful in retaining most of the customer base we generated in 2020. In addition to that, our focus on innovation continues in products that coincide with changing consumer lifestyles, such as our ” Better For You” product line, with overall growth across the U.S. as people continue to discover the benefit and versatility of their tortilla,” Cavazos Morales noted.