Home » News » Fairway Market on the Verge of Second Bankruptcy 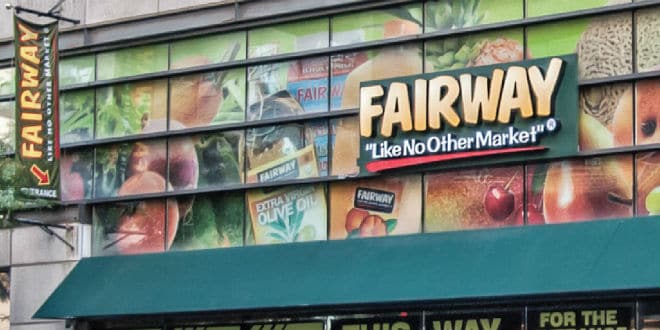 The New York-based Fairway Market chain, for the second time in three years, is about to file for Chapter 11 bankruptcy. According to the New York Post, Fairway would seek that protection as a result of its failed attempts to get a buyer for its 14 stores.

A source told the New York Post that bankruptcy reorganization could end up becoming a liquidation if Fairway ends up selling its flagship store located on Broadway and West 74th Street in Manhattan. According to the newspaper, some competitors would be interested in the property, including ShopRite.

At the moment, Fairway Market has not offered any official statement about its possible bankruptcy.

In May 2016, Fairway Group Holdings filed for Chapter 11 bankruptcy in which its creditors agreed to exchange existing debt for new shares and debt through a reorganization.

The crisis came after the retailer could not overcome the enormous debt and high costs that persisted after an initial public offering in 2013, in which the company mistakenly designed an aggressive expansion nationwide with the opening of hundreds of stores which ended up failing.

Abel Porter was named president and CEO of Fairway Market in early 2017, replacing Jack Murphy, in an attempt to refloat the store chain. Although Porter achieved some financial improvements, continued liquidity and capital restrictions hindered the company’s stability.

Recently, the chain closed a 65,000-square-foot store in Nanuet, New York, and stores in Paramus and Woodland Park, New Jersey, could be the next to close.

Locations in suburban areas, which represent approximately half of their store base, have had more difficulties, according to the Post.

Currently, Fairway Market operates eight stores in New York City (five in Manhattan, two in Brooklyn and one in Queens); two in Long Island; one in Westchester County in New York; two in New Jersey and one in Connecticut.