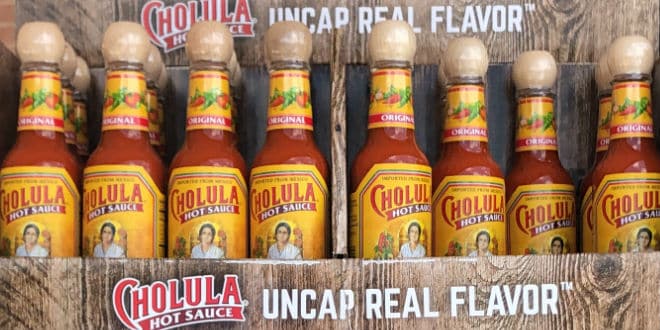 Cholula, a leading producer and distributor of premium branded hot sauce, announced that it has appointed a new senior leadership team to drive the next chapter of the brand’s growth story.  20-year industry veteran Maura Mottolese is the new Chief Executive Officer.

Motolese brings more than two decades of experience in the food and beverage industry, most recently having served as the CEO of Tate’s Bake Shop, where she oversaw the brand’s growth and sale to Mondelez for about $500 million.

“Cholula is a beloved and powerful brand, and I’m thrilled to join the Company at this exciting time in its evolution,” said Mottolese. “I have tremendous respect for Cholula’s authenticity and heritage, and I see enormous potential for growth in the years to come. I look forward to working alongside the exceptional leadership team we have assembled to realize the significant opportunity inherent in this unique and iconic brand.”

Prior to joining Tate’s Bake Shop, Mottolese served as President of The Switch Beverage Company, a leader in sparking fruit juices, for eight years. She started her career in various branding and marketing roles at beverage companies including Cadbury Beverages, Labatt USA, Snapple Beverages Group and Cadbury Schweppes.

Mottolese holds a Bachelor’s degree in business and marketing from University of Buffalo and an MBA from Cornell Johnson Graduate School of Management.

Cholula appointed the following leadership team to work with Mottolese: