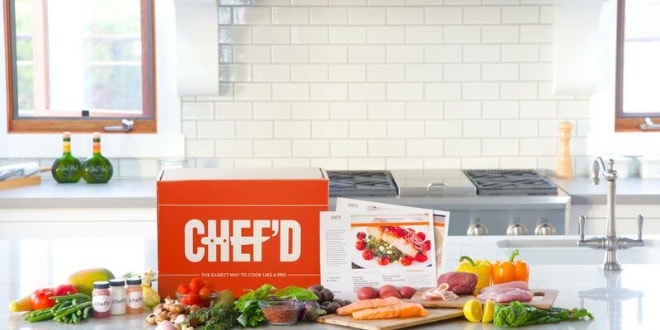 National meal-kit company Chef’d announced the suspension of operations effective immediately after burning through investments and failing to secure more cash, according to the Wall Street Journal.

“Due to some unexpected circumstances with the funding and business, I regret to inform that Chef’d has ceased all operations until our investors and lenders decide the final fate of the company,” the company’s chief technology officer wrote in an email to a supplier Tuesday, according to the Wall Street Journal.

The Los Angeles based startup informed its 350 employees through an email yesterday.

“We have had some unexpected circumstances with the funding for the business,” said founder and CEO Kyle Ransford in an email to employees obtained by Business Insider. It added that “due to setbacks with financing, unfortunately, we are ceasing operations for all employees, effective today.”

The announcement came as a surprise, as the company had entered into an agreement in June to sell its meal kits in 30 Walgreens and Duane Reade stores in the New York City area.

The meal-kit company seemed to be experiencing success, partnering with companies such as Campbell Soup and Smithfield foods, with both companies investing in Chef’d. The company had also expanded its products to being available in physical supermarket stores Costco, Harris Teeter, Hy-Vee, Weis Markets, Gelson’s Markets and Tops Market.

Chef’d was one of the earliest companies to sell its product online and in-store. This raises the question of whether online meal-kit services are struggling, although companies such as Coca-Cola believe the market for meal kits was projected to grow $36 billion by 2025, according to research done by the soda company.