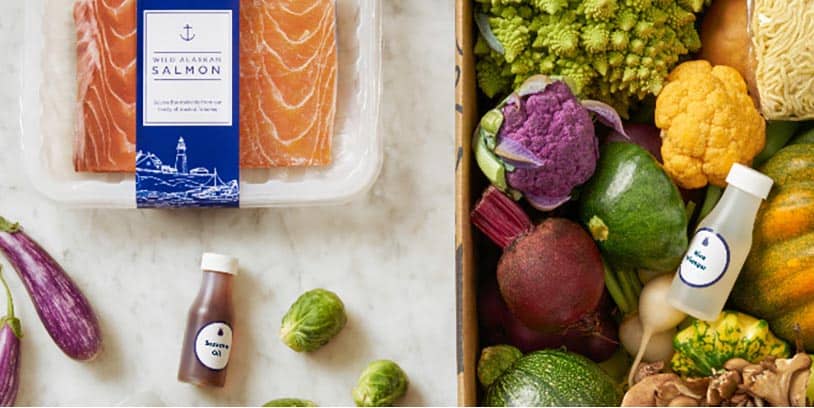 The famous meal-kit and recipe company looks for business partners in retail.

Blue Apron, the online subscription food kits company, announced that they will offer their kits to supermarket chains starting at the end of this year, according to reports, since the company is struggling to make a profit through their delivery service model.

Blue Apron, based in New York, but has been in talks with several retail food chains, including some that already sell their own food kits in stores, according to the Wall Street Journal through Blue Apron executives.

“Access to consumers will be much faster and more extensive with this new strategy than what we have been operating in the past,” said Blue Apron CEO Brad Dickerson.

Some sources speculated that Target Corp. based in Minneapolis could be a good choice as a distribution partner for Blue Apron, given Target’s network of urban locations and its tendency to partner with well-known brands that have a strong consumer reputation.

By moving to distribution in stores rather than simply through deliveries based on online subscriptions, Blue Apron would join suppliers of food kits such as Plated, which was acquired by Albertsons last year and is being launched at retail stores of that company and Purple Carrot, which has made its food kits available in select Whole Foods stores.

The move also comes as Walmart recently announced that it would launch food kits, which will be prepared directly at each store, to 2,000 of its deli departments this year. Several other retailers, including Kroger Co. and Publix Super Markets, have already launched their own brands of food kits in stores.

In a recent study, Nielsen confirmed that although the majority of meal kits are bought online, meal-kits in-store sales grew rapidly in the past year, an increase of 26.5%, a $154.6 million.

“In-store kits require less commitment than a pre-paid subscription and offer more flexibility for retailers and suppliers to experiment with components and ‘levels’ of convenience that keep consumers coming back,” Nielsen said in the report.

The study concluded that 75% of dollar sales of food kits come from “quick kits,” which contain all the ingredients and only take one or two steps to prepare.

Blue Apron’s change to offering its products in-stores occurs as the company continues to fight the costs of marketing and retail, as well as the operating costs of packaging and delivery. The company reported a loss of $ 210.1 million in its recently closed fiscal year, as customer orders fell as a result of a decrease in commercialization.

Revenues for the year rose 11% to $ 881.2 million, but declined 13% in the fourth quarter after the decline in marketing as the company invested in its operations at Linden’s production center, N.J.

In a telephone conference with analysists, the company hinted at the possibility of additional partnerships, saying it was seeing promising results working with Whole30 in a line of healthy food kits.

“We intend to look for additional partnership opportunities that align with our brand spirit and allow us to engage and expand our client base by accommodating more lifestyle preferences and needs,” said Dickerson.

The company has launched new meal-kits that require less work in the kitchen and / or cleaning and also launched a new brand campaign.

Blue Apron seeks to build “a strong brand of consumer lifestyle that reinforces our identity and that is not simply a transactional e-commerce business, but plays a more significant role in the lives of our customers,” said Dickerson.

Ross Sandler, an analyst at San Francisco-based Barclays Capital, said he was encouraged by the company’s improvement margins and the new brand and partnership campaign, but said there is a lot of work to be done in the company.

“We continue to see the new brand campaign as an initial stage and still subject to operational and competitive risks,” he said.

In a research note, Matthew Trusz, an analyst at Gabelli & Co., said he was optimistic about Blue Apron’s future plans.

“The ladder is everything for the Blue Apron model and for this reason we consider that traditional retail is very attractive,” he said in the note, according to a CNBC report.

The launch to the retail market will allow Blue Apron to make extensive use of its current infrastructure and reduce shipping and packaging costs, he said.

Nielsen said it sees a considerable advantage for meal-kits. The firm said that around 9% of U.S. consumers bought meal-kits online or in-stores in the last six months and 25% of consumers surveyed said they would be willing to do so in the next six months.