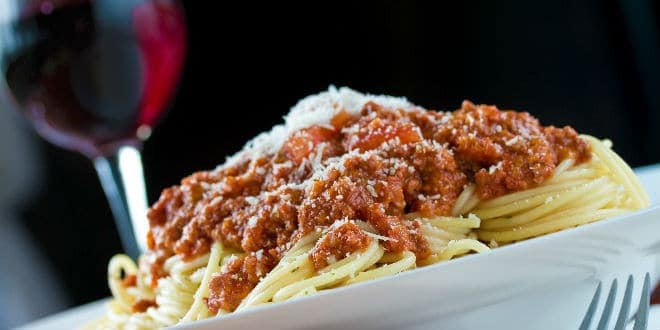 Pasta is one of the world’s most favorite foods!  Spaghetti, lasagna, rotini, tortellini – there are over 600 known pasta shapes.  It’s delicious, it’s nutritious, it’s versatile. Pasta is a great staple to accommodate many other healthy foods like fresh veggies and lean proteins, and fits into so many diets and lifestyles. Its nutrition value, cooking ease, low cost, and delicious taste make it a go-to meal for many families all over the world.

In honor of National Pasta Day, which is celebrated annually on October 17th, we remember its origin and how was introduced to America.

According to the National Pasta Association (NPA), pasta’s history is as varied as its shapes. While widespread consumption is documented from the 14th century, it is believed to have existed in some form in ancient China and Greece. And evidence of pasta dishes appeared in Italian recipe books in the early 1200s.

In 1279 a.d., a will drafted by Ponzio Bastone was found bequething a storage bin of macceroni. Early Romans used a very simple flour and water dough. Pasta is the Italian word for dough.

Thomas Jefferson introduced pasta to the Americas after first tasting it in Naples, Italy. He was the American Ambassador to France at the time. In 1789, he brought the first “macaroni” maker, back to the United States.

The Brooklyn waterfront boasts the claim to fame for the first pasta factory located in the United States, opened in 1848 by French immigrant Antoine Zerega.

Pasta became a common North American food in the late 19th century with the surge in Italian immigration.

In Mexico, the taste for pasta consumption among the population is growing, and La Moderna is the biggest pasta producer in the country. In Texas they also have a modern plant that produces about 4,000 tons of pasta per month.