Home » News » Campeche Reinvents Itself in Search of the US Market 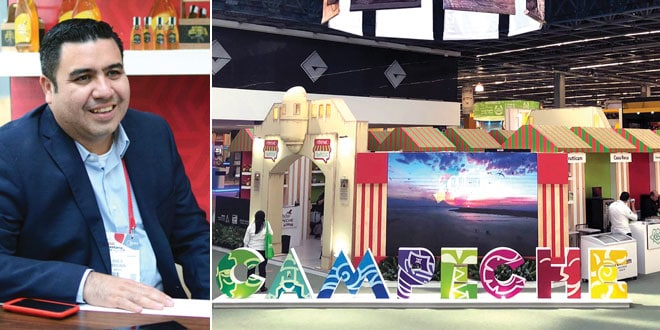 The state of Campeche, in Mexico, was historically known for its oil production, with more than 68% of Mexican crude oil, until the oil crisis hit them hard. Instead of remaining with crossed arms, they set in motion a plan to reinvent themselves with the aim of becoming an agri-food power.

As part of this strategy, the Economic Development Secretariat of Campeche, under the direction of José Domingo Berzunza Espínola, has been working on several fronts to raise awareness of this wealth, with the aim of bringing its products throughout the Mexican territory, as well as to the great market of the United States.

“As a result of the oil crisis, we had to reinvent ourselves, we had to develop new vocations and see what other things we can take from Campeche to the world. This is a state that has less than one million inhabitants, so it does not give us internal consumption and our vocation must be an exporting vocation,” said Berzunza Espínola in an interview with Abasto magazine.

During the Expo ANTAD & Alimentaria held in Guadalajara at the beginning of last March, Campeche was the state invited to the trade fair, the most important in Latin America, where 24 companies had the opportunity to present their products.

“In Campeche we have emblematic products like honey … We are also a great producer of habanero pepper, we are producers of chocolates, of coconut products, we have a variety of fried foods, as well as Stevia and Moringa derivatives. I think that is very attractive for increasingly demanding markets,” explained Berzunza Espinola.

The governor of Campeche, Alejandro Moreno Cárdenas, also visited the pavilion of his state at the Expo ANTAD & Alimentaria 2018, where he held meetings with prominent businessmen, among them the founder of Northgate González Markets, Miguel González Reynoso, who expressed his interest to the president to integrate quality products from the southeast of Mexico on the shelves of its supermarkets in California and the investment opportunities offered by the state.

The Insatiable Appetite for Mexican Food in the U.S.

For its part, the Secretary of Economic Development explained to Abasto the strategy they have been developing to achieve their goals of expansion in the agri-food market.

“We established a strategy in three parts. The first one is a regional border, we are motivating so that the campechano producers can begin to sell their products in the neighboring states; our next frontier are the metropolitan markets, large cities in Mexico and a third border is the international one … The United States is a very important market for us, mainly Texas and Louisiana, two states with which Campeche historically has a very important relationship, because we have been very closely linked to the oil issue,” said Berzunza Espínola.

In order to be successful in this strategy, according to the Secretary of Economic Development, his office is developing a plan so that the ‘campechanos’ “do not continue thinking of working in a transnational oil company, but can take advantage of our natural wealth, transform it and offer it to the world.”