Home » News » Statistics Behind The Insatiable Appetite for Mexican Food in the U.S. 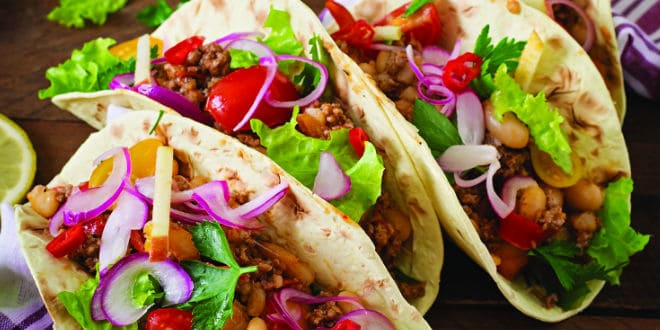 The craving for Mexican food and beverages continues to increase in the United States. In 2017, more than 233 million Americans used Mexican ingredients or products as part of their diet, according to data compiled by the statistical firm Statista.

The continued increase of the Hispanic population in the United States, led by Mexicans, has allowed the taste for Mexican cuisene to expand in a surprising way throughout the United States.

The influence of Mexican food in American homes is reflected in the consumption of one of the most preferred foods, tortillas. According to figures from Statista, compiled from the U.S. Census and the Simmons National Consumer Survey, 110.72 million Americans consumed tortillas in 2017.

However, Mexican food in the U.S. is not only seen in the kitchens of Americans but also at restaurants. The number of Mexican restaurants throughout the country reached 59,800 establishments in the middle of the first semester of last year and those with a Mexican-style menu represent close to 9% of all restaurants in the United States, according to data from the foodservice analysis firm CDH Expert.

These figures reflect the importance of the Mexican Food and Beverage Industry in the American market. This love for Mexican dishes in the U.S. marks a Mexican food trend of expansion due to consumer demand.

“We know that Hispanics are a rapidly growing group in the United States and contribute their culture-based eating habits as they grow. In fact, those born in the “American culture” continue to emphasize the importance of traditional Latin American cuisine when they prepare family meals,” Darren Seifer, an analyst on food consumption at The NPD Group, points out in one of his blogs.

Here is a more visual way to see the Mexican food trend that is taking over the country.

The following graphic shows how many packages or containers of Mexican food is consumed every 30 days in the U.S.

A breakdown of the most widely used Mexican ingredients by Americans.

When it comes to Hispanic taste, the jalapeño, the habanero, the ghost pepper, and black mole are common in the cupboards of homes and supermarkets.

“Growing Asian and Hispanic populations in the U.S. have introduced new flavors to the American diet and many of these flavors are now pillars in our kitchens and menus,” explained Ann Roberts, vice president of SupplyTrack in a report by The NPD Group.

“New flavors are also emerging and growing, which makes it important for distributors, manufacturers and foodservice operators to understand the impact of ethnic cultures and their related flavors to recognize growth opportunities,” Roberts said.

With respect to processed foods, Mexico exported products worth $11,800 million to the U.S. in 2015, equivalent to 78% of total Mexican exports of processed foods, according to figures from the non-profit organization Food Export Association of the Midwest.

Hispanic Food is a Major Segment of the Food Industry

In the agriculture area, the commercial relationship between Mexico and the US is strong and has exponentially grown since the beginning of the North American Free Trade Agreement.

In 2016, Mexico remained the third-largest agricultural trade partner of the United States, receiving almost 80% of its southern neighbor’s total exports, reaching a record $23.8 billion in exports of agricultural products, according to reports from the U.S. Department of Commerce.

Analysists and experts in the food industry agree that Americans love Mexican food and that the appetite for their products will continue to grow. The commercial opportunities for the Hispanic food industry in the US are promising, but the key for this sector to continue expanding will be to know and identify consumer trends, mainly among millennials, the new and more diverse generation of buyers in the U.S.

We’re curious: Do you think this Mexican food trend will continue to expand?